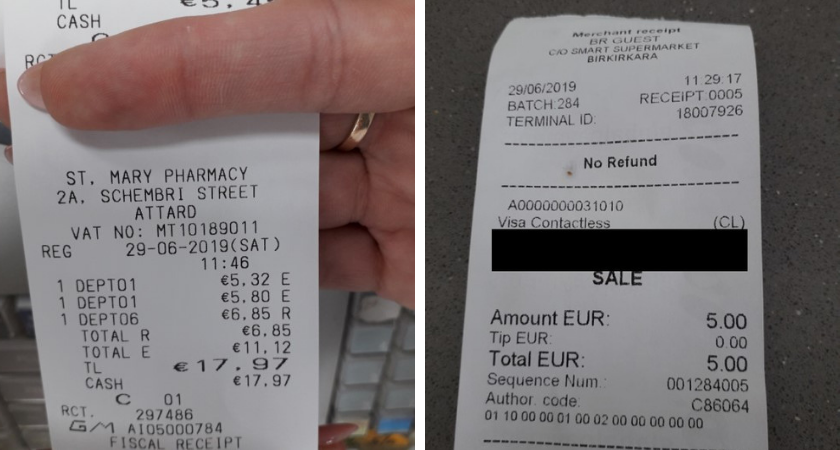 A woman who had lost her wallet, recounted how her money was stolen when two women made use of her contactless card. The victim wrote on Facebook in the hope that those who stole her money would return her wallet to the Birkirkara police station.

In a Facebook post, the woman explained that those who stole her card had told the cashier that she had forgotten her pin number when asked to enter it, and proceeded to pay €5.00 and another bill of €5.10, using the contactless card at a cafe in Birkirkara.

The victim said that had the circumstances been different she would have taken the wallet to the police station so that it could be returned to the rightful owner.

The woman said that the ‘shopping spree’ continued, with those who took her wallet proceeding to a pharmacy in Ħ’Attard where they spent €17.97 using the victim’s card.

The wallet contained a €50 note with the victim saying that she had worked hard for it.

The post ended with the woman saying that the ‘shopping spree’ is over as the cards have been blocked. She urged the two women to return her wallet to the Birkirkara police station or leave it in her letterbox.