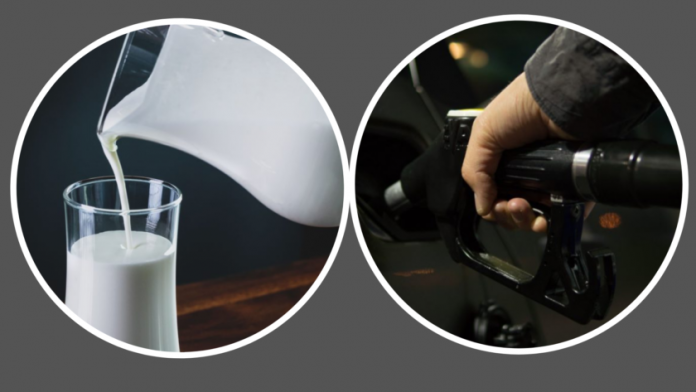 With the recent price rises in milk and fuel, the Union Ħaddiema Magħqudin (UĦM) is calling for an urgent meeting with the Malta Council for Social and Economic Development to discuss the implications.

The decision follows Malta’s milk producer increasing the prices of milk last Monday and likewise with the price of diesel and petrol.

Fresh milk prices on the increase from next Monday

Unions are concerned about the price rises with the UHM and GWU coming together to request compensation for workers and pensioners who would be affected.

A letter has been sent to MCESD’s chairperson John Bencini from UĦM formally requesting the body to provide greater clarification on how they had arrived at these increases.

A similar statement had previously been made by the MCCAA’s Office for Competition. While the body acknowledged that Benna holds a strong position in the market and has the right to decide pricing for its products, ‘In such a scenario, any price increase cannot be excessive to the detriment of consumers.’

They add that MCCAA had met with Benna last year and stressed that any increases to pricing would mean that they would ‘be requesting details of how the price increase was established. This was further followed up with Malta Dairy Products over the past months.’

Concluding, they state that, ‘The Office will be initiating an investigation to examine whether the actual increase on the price of milk is a result of an abuse from a dominant position in breach of the Competition Act.’

‘The UĦM is hoping that this does not repeat itself because if it does, it would mean that that workers and pensioners will end up receiving compensation in the budget for the year 2021,’ it said.

10 ta' Lulju 2020
We use cookies to ensure that we give you the best experience on our website. If you continue to use this site we will assume that you are happy with it.OkCookies Policy