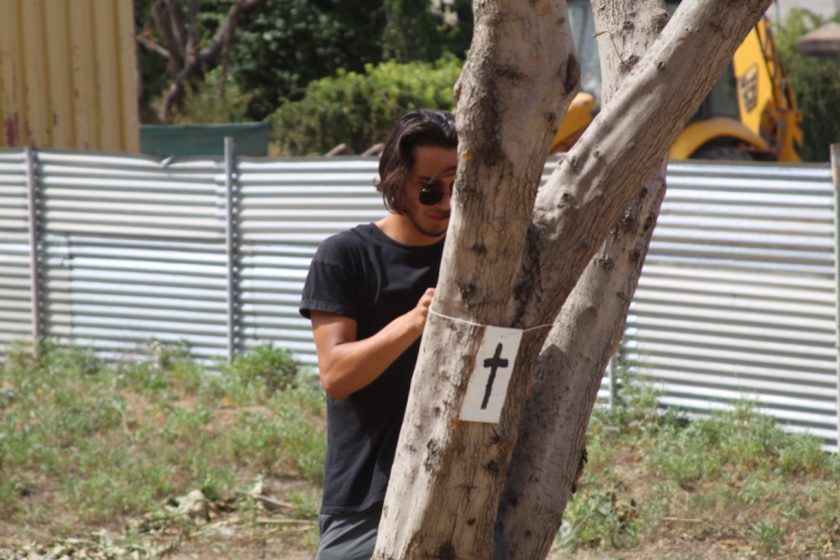 Malta’s Council of the Institute for Journalists (IĠM) says that the treatment of journalists covering yesterday’s protests at Santa Lucija, was ‘unacceptable’.

In their social media post, IĠM says that the attitude by workers towards a Newsbook journalist cannot be tolerated, especially as they were attempting to inform the public.

The incident occurred when three youth activists from the ‘For Our Trees’ group carried out a demonstration against the works taking place at Santa Lucija roundabout in which trees are being cut down as part of the wider infrastructure project.

During the course of the Newsbook journalist’s coverage, they were set upon by one worker who threatened to break their camera if they continued to take pictures.

Newsbook.com.mt journalist threatened after workers lock youths in during protest

The incident occurred just after 11AM yesterday just as the activists who refused to leave were locked behind the fencing.

The body called for journalists to inform its council whenever such cases arise so that action can be taken.

Santa Luċija local council says trees will be transferred; Fails to specify where