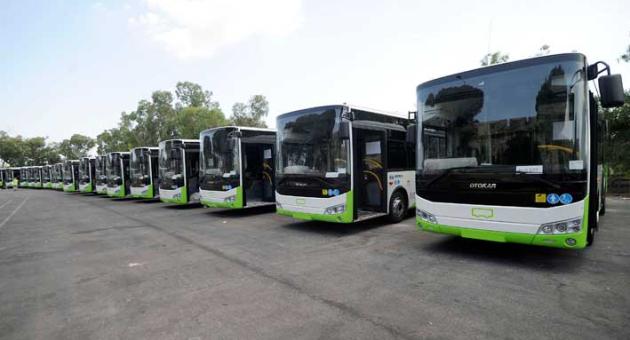 A bus driver has been assaulted by a passenger after allegedly the driver after they refused to let him off the bus at a particular stop.

A spokesperson from Malta Public Transport told Newsbook.com.mt that the accident took place on the 18th of June in Rabat. She said that from the information they have in hand, the passenger can be seen ringing the bell after the bus had already passed by the particular bus stop. The passenger can be seen leaving his seat and approaching the driver and speaking to him.

She explained that the CCTV recording then shows the driver looking through the mirrors, opening the door and leaving the bus. It was here that, according to the spokesperson, the argument took place which was not recorded by the CCTV cameras since this happened in the street.

A spokesperson from the Malta Police also confirmed the case with Newsbook.com.mt, whereby he explained that the bus driver filed a report with the Police on the 19th of June, where he said that he was attacked whilst carrying out his job and that he suffered light injuries. A police investigation is underway in order to try and find the aggressor.

The spokesperson for the Malta Public Transport highlighted with Newsbook.com.mt that the company considers cases such as these as very serious and that it does not tolerate violence and it takes every action permissible by law against the aggressor.

She explained that the company continuously invests in the drivers’ security, which have the facility of communicating with the Control Room in cases such as these, in order to enable the authorities and assistance to be sent to the place of the incident. Meanwhile she said that the drivers are all given training on how to react in cases such as this, in order to avoid all sorts of conflicts where possible.

Therefore, the company condemned this violent attack and offered its support to the driver.