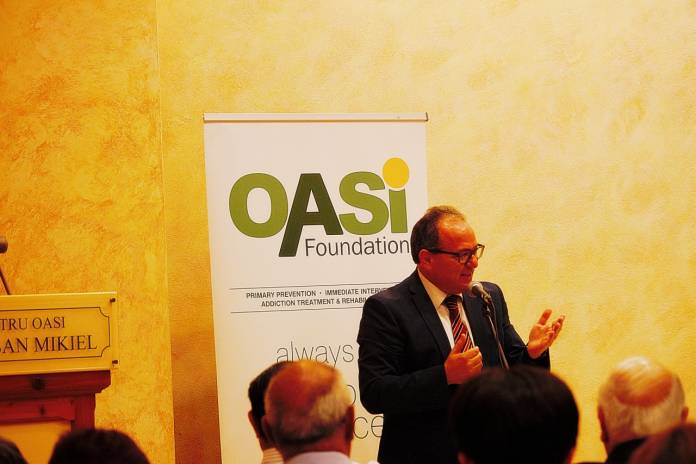 OASI Foundation Chief Executive Noel Xerri said that during 2018 the increase in cocaine abuse surpassed that of heroin abuse, and that there was an increase in number of persons in need of professional help to deal with cannabis addiction.

Xerri said this in his speech on the 28th anniversary from the creation of the foundation. He added that the foundation has dealt with over 400 individuals of which 248 cases that sought OASI’s therapy and rehabilitation services.

He also stressed that it is very harmful that many are those that think that using drugs recreationally is not damaging, and added that collaboration by all those able to support is important.

During the celebration, John Magro who a member of the Board of Directors thanked Xerri and his tea. He also thanked Fr Emanuel Cordina for his good work and presented OASI Awards to Ferdinand Fenech, Marisa Warwick and Marisa Scicluna for their dedication and hard work

A mass was also celebrated by Fr Joseph Bajada which was also attended by Minister for Gozo Justyne Caruana and Shadow Minister Chris Said.