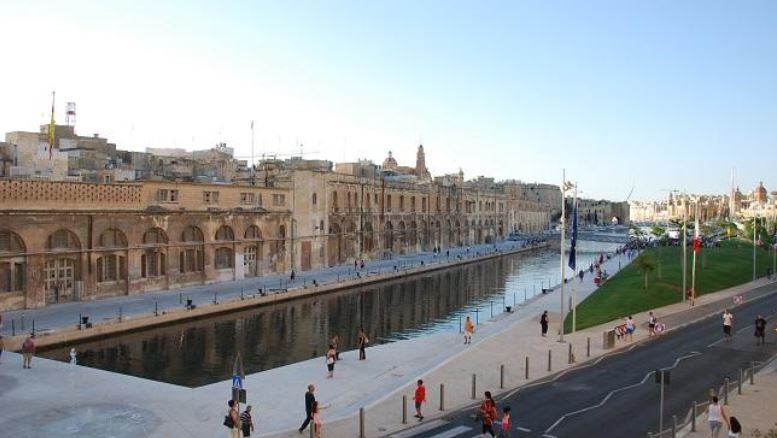 The Planning Authority is set to decide the outcome of plans for the American University of Malta’s new accommodation block in Cospicua in September, but prospects don’t look good.

The Planning Directorate, rejected the current plans which involve a 4 storey complex and underground car-park which would be situated on car park right next to the Senglea gate.

They instead recommended that AUM present a new application for the accommodation block.

PA’s Design Advisory Committee stressed that although the proposals were sound, the block would be ‘too high’ and be more of an eyesore around the built environment.

According to Height Limitations (GL11) stated under the Planning Authority’s Grand Harbour Local Plan from 2002, applications would be considered across a number of criteria, one of those being ‘the skyline when seen from outside the site area.’  In section GL12, it is stated that ‘in accordance with policy GL11 above, the context of existing, adjacent building heights, and the relationship to the ‘skyline’ prospect of Senglea will strongly influence acceptance of the project. The ‘skyline’ view will however be paramount.’

It is understood that the height of the building would be 20 metres, which would, ‘not complement the rest of the proposed university facility,’ the Committee explained.

A further recommendation for the accommodation to be placed within a disused building adjacent to the campus received more positive recommendation from the Planning Directorate.

According to AUM, the building would be converted internally along with the building of new floors and a new wing. The Directorate is understood to have approved the development of the administrative complex which would be situated between the British and Knights buildings.

The Superintendence of Cultural Heritage stressed that the developers would need to supply a comprehensive method statement over the works involved.

It is understood there the plan would involve a steel and glass structure to form the new floor on top of the Knights Building.

The Labour MP Glenn Bedingfield had proposed that AUM take into consideration Fortizza tas-Salvatur in Kalkara or the Palazz tal-Kaptan tal-Galjuni at the Vittoriosa waterfront as alternative locations for student accommodation.

Building on all open spaces around Dock 1 doesn’t make sense. The beautiful St Michael’s Bastion entrance to Isla will be hidden behind this building. For a dozen students, this building adjacent to the existing ones is too big. Existing buildings are more than enough for AUM. pic.twitter.com/BJKEmavCK3

Flimkien Għall Ambjent Aħjar had supported this idea, having previously warned about the impact of new construction and the loss of open spaces in the surrounding area.

21 ta' Jannar 2021
We use cookies to ensure that we give you the best experience on our website. If you continue to use this site we will assume that you are happy with it.OkCookies Policy