Administrative data obtained from Transport Malta and from the National Statistics Office (NSO) shows that up till the end of June, only 0.8% of the total number of registered motor vehicles were electric or hybrid. 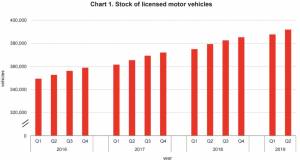 Data shows that by the end of June this year, the stock of licensed motor vehicles stood at 391,914. Out of this total, 77.6% were passenger cars, 13.6% were commercial vehicles, and 7.6% were motorcycles/quadricycles and All – Terrain Vehicles (ATVs), while buses and minibuses amounted to less than one percent.

During the quarter under review, the stock of licensed vehicles increased at a net average rate of 45 vehicles per day. 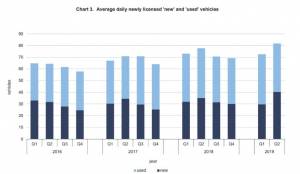 Read: Change to electrical vehicles will be “out of this world” – Muscat