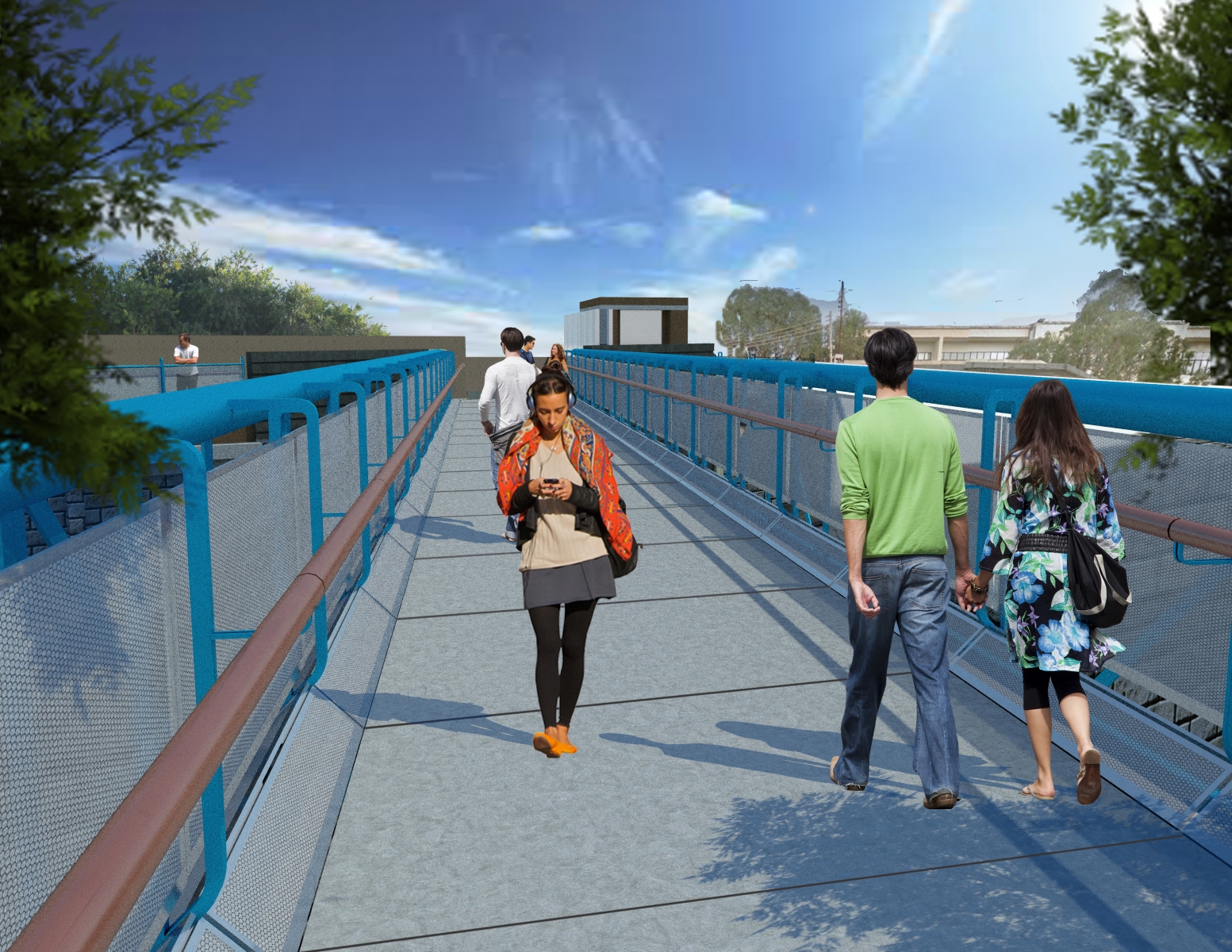 Infrastructure Malta is developing a new bridge at Triq Dom Mintoff, formerly known as Corradino Hill. This will help safer pedestrian, cycling and public transport commutes between Corradino, the MCAST Campus and Paola. 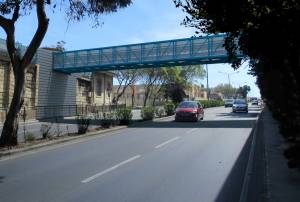 This overpass will reconnect the Corradino residential area with the central part of Paola. It also opens up a new pedestrian and cycling route through the adjacent Mediterranean Gardens to provide a quicker and safer route for the students who walk, cycle or use public transport to get to the Malta College of Arts, Science and Technology (MCAST) and to the Mariam Al Batool School further up the road.

The bridge will also improve access to the Corradino Industrial Zone as well as the mosque and the church in the same area, as currently, pedestrians need to cross several arterial roads, including the Corradino roundabout a few metres away.

The Corradino end of the proposed overpass will rise from a small plot of disused land wedged between Triq Dom Mintoff and the service road leading to the main MCAST Campus entrance and to the Corradino residential area.

The four-metre wide steel bridge will extend 20 metres across the road, to the Mediterranean Gardens. It will have gently-sloping ramps for cyclists and pedestrians at both ends, and meets applicable National Commission for Persons with Disability guidelines, so that it can be accessible to all. At the MCAST end, the overpass will also have an elevator.

Infrastructure Malta also plans to embellish the areas at the two ends of the bridge, including part of the Mediterranean Gardens. The agency will replace a derelict area within this garden to open up a new pedestrian and cycling pathway that links the overpass with the existing bus lay-bys in Paola Hill, the road leading to the centre of this locality. It will also include adequate lighting systems and CCTV surveillance on the bridge deck and the rest of the new pathway, to improve its safety at all times. The main bus lay-bys in the area will be modified for improved connections with the new bridge and pathway as well.

This project is the third pedestrian overpass the agency will be developing in 2019. This summer, it is starting construction of an overpass for cyclists and pedestrians in Aviation Avenue, close to the Institute of Tourism Studies and the Malta International Airport, between Luqa and Gudja. Works to build another pedestrian and cycling overpass connecting Hamrun, Blata l-Bajda and the Floriana Park and Ride facilities will also start soon.

Infrastructure Malta is also investing in other new infrastructure for alternative, more sustainable modes of travel as part of the ongoing Marsa Junction Project and the reconstruction of Buqana Road, between Mtarfa and Mosta, Luqa Road, Santa Lucija and Qormi Road, between Qormi and Luqa.