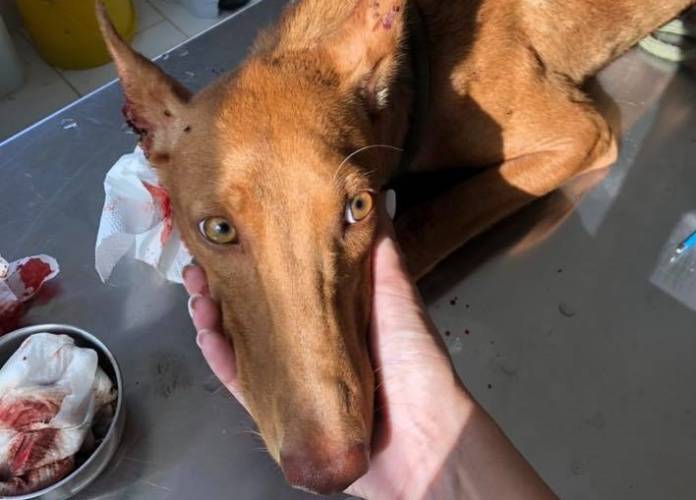 A Tal-Fenek dog which was found full of ticks was recently rescued and is hopefully headed for a happier life.

When the dog was rescued by Maria D’Amato, Claire Gafa and Johann Sy, they found that he had thousands of ticks – which resulted in infection – and he was also anemic, weak and in pain. The ticks were painstakingly removed and he was given the appropriate medication.

Update on this lovley boy.If you think that the only ticks on this tiny body was the ones that are in the bowl you’re…

The dog, who has been named Cooper, is now safe at Noah’s Ark Dog Sanctuary. On Tuesday morning, he had a vet check and blood tests to see if any of his organs have been affected.

“Cooper is anemic due to thousands of thousands of ticks. Slowly, we are starting to give him supplements and hopefully his body will respond to the treatment. We have to take it day by day,” Ms D’Amato told Newsbook.com.mt. She also thanked Noah’s Ark for helping her to take him in and caring for him.

Ms D’Amato also saved a Tal-Kaċċa female now called Alice (of course, the two names put together pay homage to ‘The Godfather of Shock Rock’) from the same location where Cooper was found; she was also full of ticks. Alice is currently waiting to have an ultrasound as there are fears that she might have stomach problems.

If you would like to help by donating towards the blood tests, pills and vet bills, you may do so as follows: