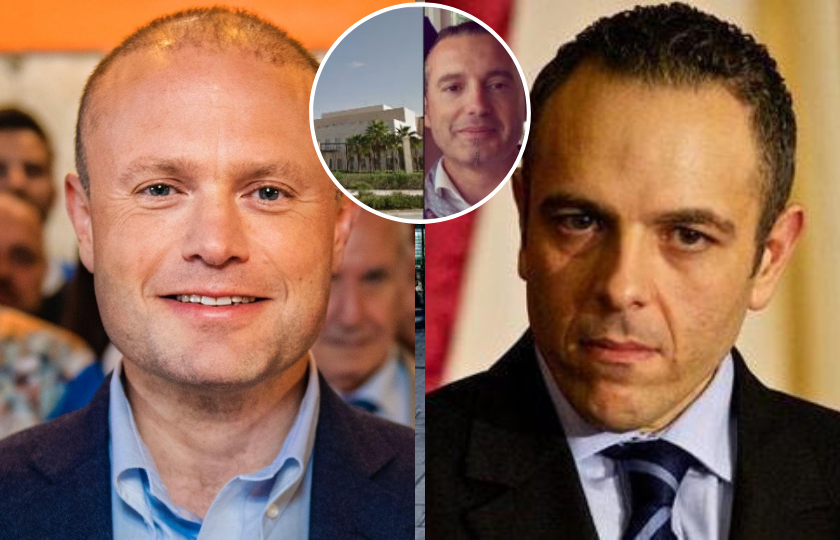 Alleged Maltese fuel smuggler Darren Debono has apparently told a Maltese court that representatives from the United States embassy offered him a deal in return for information on the Prime Minister and his Chief of Staff.

Mr Debono’s legal representative Victor Bugeja is said to have told the court in Malta that his client had been approached by officials looking to obtain information about how fuel is provided to Russian ships. In return Debono would have the sanctions placed on him by the US, lifted.

This news comes from a report filed by MaltaToday.

Mr Bugeja is understood to have said that Mr Debono had refused to divulge information on the Prime Minister Joseph Muscat or Mr Keith Schembri, his Chief of Staff, in relation to the movements of Russian vessels within or outside Maltese territorial waters.

Debono’s bold claim comes at a time where the accused is trying to block the Maltese government’s attempts to place United Nations sanctions on him.

Darren Debono asked to collaborate with the US Embassy in Malta

He is facing charges by the Italian courts over his connections with an oil smuggling operation taking place between Libya and Italy. Since his arrest in September 2017, Debono’s businesses and assets have been slapped by sanctions by the US Office of Foreign Assets Control (OFAC). He has subsequently tried to petition their lifting through the US embassy in Malta.

Bugeja denies that his client was involved in the operation, insisting instead that Mr Debono was a fisherman and has no vessels to transport fuel among his assets. During the session, the lawyer also stated that his client had been asked to spy on the Maltese government for the US. This had apparently arisen when the Americans met with Mr Debono to discuss the lifting of the OFAC sanctions.

When questions about allegations of the Maltese government fuelling Russian military vessels and of information on human traffickers and drug smugglers were posed, Debono is alleged to have refused to answer.

During the session, Malta Today reports that Mr Bugeja alleged that the sanctions attempting to be placed on both his client and associate Gordon Debono by the Maltese government, were the result of pressure by the US.

He claimed that this move had been to appease the US and that it had not come by way of the Maltese government’s interests.

In July, the Maltese government had previously failed to impose such sanctions owing to the involvement of Russia petitioning for more information behind the move. Malta is understood to have accepted to request.

Bugeja stressed that his client was innocent and that the imposition of sanctions by the US was a sign of the situation becoming ‘personal,’ with no way of removing them given the US’ veto at the UN Security Council.

He added that he had the evidence to show that the pursuance of sanctions by the Maltese government had not been consulted over with the cabinet.

The client’s defence lawyer also claimed that the sanctions pursued by the Maltese in the UN, had also be pushed in relation to the upholding of a court decision in favour of Debono and Transport Malta’s attempts to de-register some of his vessels.

Bugeja said that the US Chargé d’Affaires Mark A. Schapiro had effectively disclosed this as the motivation during the Xtra Sajf TV programme.

During the session, the court was provided with a sworn declaration from the Foreign Minister Carmelo Abela, denying that the Prime Minister was engaged in issuing sanctions against Debono.

Representing the office of the Attorney General lawyer Christian Scerri Falzon explained that carrying out sanctions against someone should be done in secret.

He added that at the same time, there was no court jurisdiction to prevent the UN going ahead with sanctions. With this, he explained that there had been no documented proof of the sanctions existing. He said it was difficult to substantiate if sanctions, if they existed, had originated from Malta.

The lawyer also explained that such economic sanctions could not be given out without a clear justification and that given the severe impact of them, it would be hard to consider them being imposed.

Thus, he stated that the issue also reflected on Malta’s reputation in the world as well as on the future resolution of the Libyan crisis.

‘This declaration does not imply that actions done in the past or actions that can be taken in the future could be changed. In today’s court proceedings another warrant of prohibitory injunction is being sought against the government by Darren Debono. The Office of the Attorney General during these proceedings explained that whether or not a petition for sanctions was presented in front of the United Nations Security Council is a matter of confidential nature. If such petition was presented, the Security Council of the United Nations had the power to accept or reject these sanctions. The Government of Malta could only abide with such decision.’

‘The Government of Malta remains committed to actions pursued in the past and future actions which may be taken if the situation calls for them. Malta will not refrain from taking action to enforce its laws or in the interest of peace and stability in the Mediterranean region or elsewhere.’