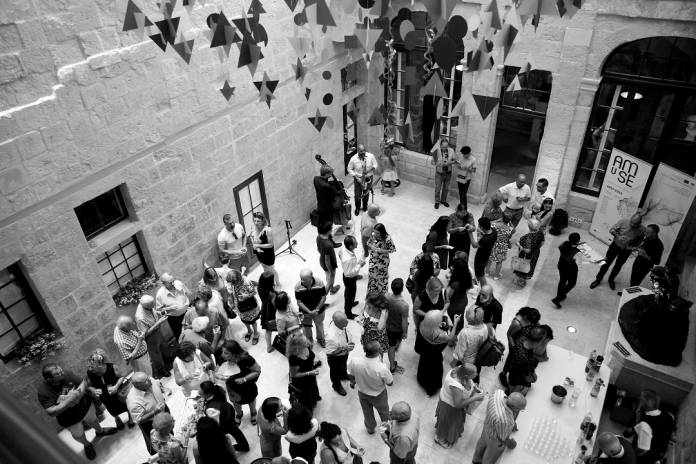 The Malta Society of Arts (MSA) is organising its members’ exhibition titled Perception: postscripts – a continuation of the work which was started last year inspired by the theme of multi-sensoriality as established by the international project AMuSE.

This year’s show will feature participants who showcased their research and artwork in last year’s members’ exhibition; presenting new developments as an artistic sequel. Furthermore, this year’s event will also include numerous other artists who will join this collective for the very first time.

Assimilating from the main concept of the international project, the participants’ artworks are linked to the idea of perception, exploring different layers of connotations which such a concept might allude to. The exhibition will also unfold sub-themes, most of them rooted in our local context through experimental or multi-sensorial work under the guidance of the show’s artistic director Roderick Camilleri.

The number of participants has gone up from last year’s 33 and will now showcase the work of over 50 different members of the MSA who have all been attending workshops with Roderick Camilleri since the beginning of this year. The final works will include a variety of artworks such as interactive innovative installations, photography, paintings, sculptures, etchings and kinetic sculptures amongst others.

This show forms part of a series of events of the international art project AMuSE (Artistic Multi Sensorial Experiences), which falls within the Creative Europe programme co-financed by the European Commission. The project has been led by the Malta Society of Arts in collaboration with partner countries from all over Europe. This is the first art consortium led by a Maltese organisation involving four European partners under the Creative Europe label.

Perception: postscripts will be launched on the 1st August 2019 at the Art Galleries of Palazzo de La Salle, Malta Society of Arts, Valletta and will remain open until the 31st August 2019. Entrance is free.

3 ta' Diċembru 2020
We use cookies to ensure that we give you the best experience on our website. If you continue to use this site we will assume that you are happy with it.OkCookies Policy