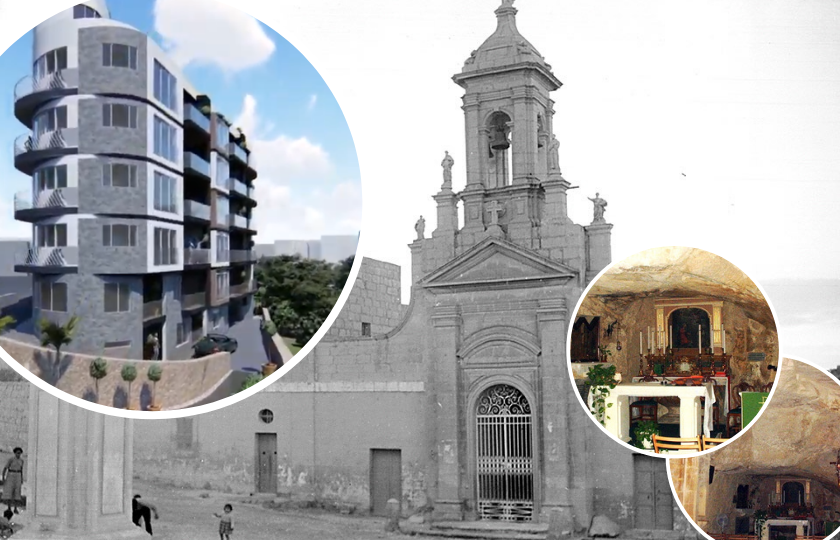 The Archdiocese of Malta sent its objection against a proposed massive development in Mensija, San Ġwann. Both the Curia and the Superintendence of Cultural Heritage have expressed their concerns over the potential damage to the chapel in Triq is-Santwarju, in Mensija where an application was filed proposing a large development on the plot of land adjacent to it.

Application PA/04214/19 is proposing the demolition of existing dilapidated structures and the excavation and construction of underlying parking, a Class 4A Office, duplex residential units with gardens and pools, and overlying residential apartments, including a receded floor. The representation period closes on Friday. Although the application has yet to be approved, the project is already being advertised.

The Administrative Secretary of the Archdiocese of Malta, Michael Pace Ross, in his comments to Newsbook.com.mt explained that the chapel was built over a large cave, which is very fragile, warning that excavations threaten its very existence. Pace Ross stressed on the chapel’s historical value and uniqueness, and invited the public to visit it. He also spoke about the development’s impact on the surrounding environment and the traffic which will be generated.

The Superintendence of Cultural Heritage warned that the proposed development may pose a threat to known and unknown cultural heritage, and if approved, would require that works are archaeologically monitored.

The Superintendence noted that no proper survey of a cave was submitted, which shows its extension and actual distance from the limit of the excavation. It also requested photomontages for better understanding of the proposed project on the cultural landscape.

Among those objecting, is local councillor Joe Aquilina who was elected on behalf of Partit Nazzjonalista. In his objection submitted with the Planning Authority, Aquilina objected on the basis that “the development exceeds 30m in depth, residential units are at basement levels, while some residential units have no street facade rendering it an internal development which is not allowed”. Aquilina further stated that the residents have expressed their concern about the carob trees and the caves in the vicinity which need to be taken into consideration when evaluating the application.

A couple who objected against the development, said that the a large cave known as Għar Ħarruba underlies part of the proposed development which raises serious concerns about the structural stability of the cave. Other concerns raised is about the possibility that any disturbance along the steep slope could lead to large pieces of rock or boulders to roll down dangerously into their property. Further there are some 30 very old carob trees on site.

A resident urged the Planning Authority not to ‘bury them alive with the proposed development’.

The Environment and Resource Authority said that it requires further time to assess this application. However it urged for the safeguarding of the caves, saying that ‘whilst noting that the site lies within development zones, there is a major karstic doline immediately to the site’.  ERA added that in this context the current proposal and the excavations works which are being proposed are of significant concern.