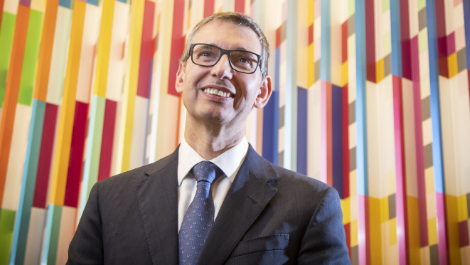 The Mayo Clinic, a world-world class prestigious medical establishment has a new CEO …and he is Maltese. “For me, as a physician growing up on a tiny island in the Mediterranean, to be asked to be CEO of Mayo Clinic is profound,” Farrugia told the Star Tribune. “It’s an honor. And it’s something I really don’t take for granted.” He added: “We have an obligation, a responsibility, and we have the tools to transform health care from within.”

Farrugia is taking over at an unpredictable moment in health care. New players including Amazon are vowing to upend the system. Farrugia thinks Mayo’s strengths position it to attack a wide-ranging agenda with the potential to profoundly change health care.

Artificial intelligence is beginning to change medicine as powerful computers spot patterns and trends previously hidden in millions of patient records. Farrugia says Mayo — with its trove of patient records — needs to lead the effort.

At the same time, Mayo is preparing for a health care world in which virtual visits to the doctor outnumber physical visits, Farrugia says, yet the clinic must also make smart investments in the brick-and-mortar centers that patients with complex medical conditions require. To ensure quality patient care, Farrugia says a priority is to restore a sense of joy to the work of health care, where burnout and stress are grinding away at doctors and nurses.

There’s a long to-do list. Farrugia sounds as excited for the future as he is enthusiastic about Mayo’s past and present.

Who is Gianrico Farrugia?

Gianrico Farrugia (pronounced fa-ROO-jah) was born in 1963 in Malta, a small island just south of Sicily. He was the middle child in a house led by his “wickedly smart” mother and physician father. Beyond being a general practitioner, the elder Farrugia created the first blood bank in Malta and served as a diplomat.

After a short-lived aspiration to play professional soccer, Farrugia followed his father into medicine.

He attended medical school in Malta and then followed a fellow countryman in seeking advanced medical training at Mayo Clinic. Six months before leaving for Minnesota, Farrugia met a professionally trained ballerina named Geraldine. He pledged that he would return to her in Malta in a year.

Later, he phoned from Mayo to pitch the idea of marriage and a Rochester relocation. They’re together today, with two adult children.

As a researcher, Farrugia’s work has shown how certain cells function as pacemakers of the gastrointestinal tract. Currently, he’s principal investigator on a prestigious National Institutes of Health grant that’s been renewed repeatedly over the past 22 years.

Despite arriving at Mayo with relatively little experience working in labs, Farrugia sought out the most challenging topics, said Joseph Szurszewski, a research scientist at Mayo. “That told me immediately that this man was either crazy or really good. As it turned out, he was really good.”

Once Farrugia completed his training, he joined the medical staff at Mayo. He performed colonoscopies and treated problems of the gut such as gastroparesis, where a muscle problem prevents the stomach from properly emptying. He co-founded Mayo’s Center for Innovation, which stressed the importance of design in providing good patient care — things like re-imagining exam rooms to promote collaboration between patients and doctors.

Farrugia worked to bring genomics into clinical care as director of Mayo’s Center for Individualized Medicine. And in 2015, he became chief executive of Mayo Clinic’s hospital in Jacksonville, Fla.