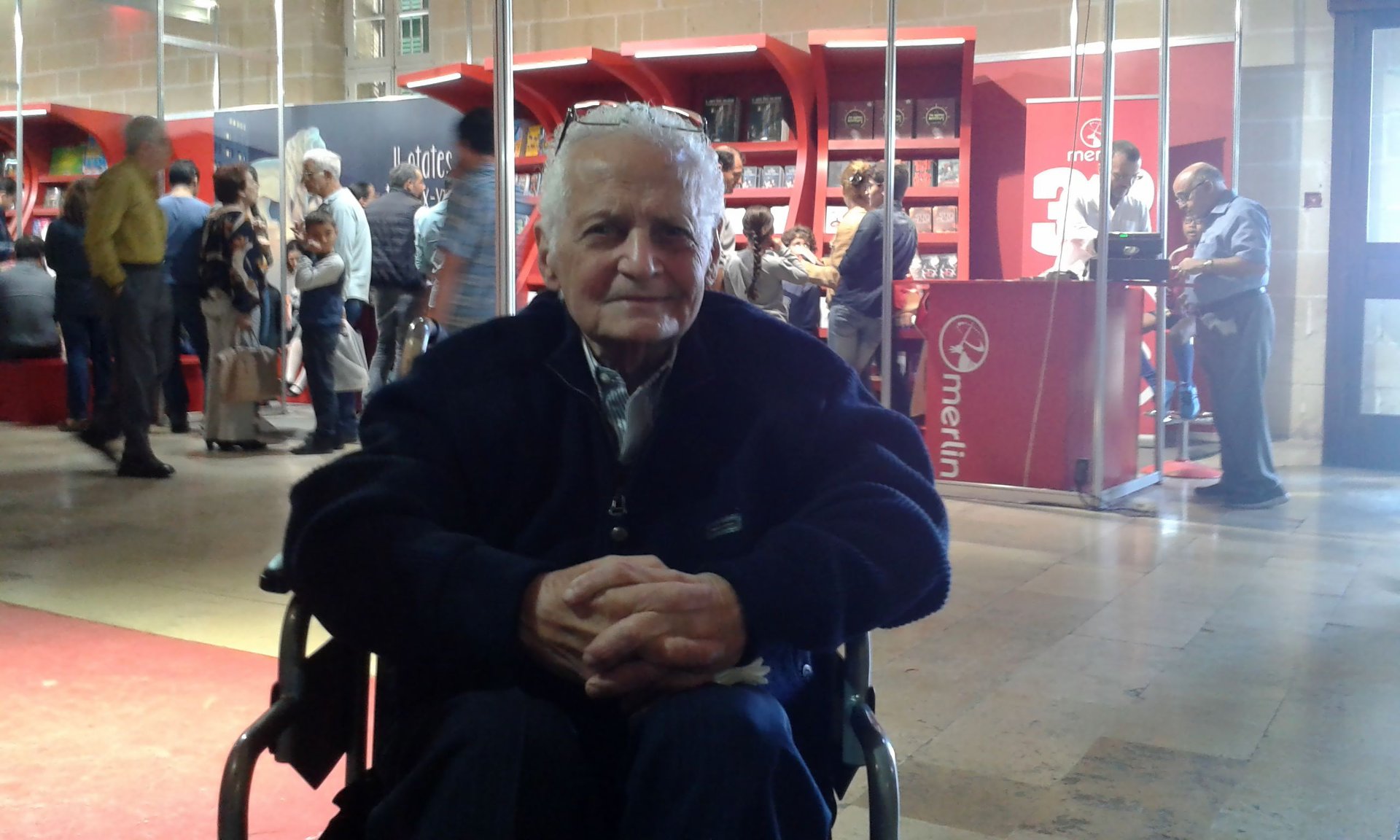 This morning saw the death of the well-known and loved Maltese publisher Pawlu Mizzi.

The news was announced by his son, Joseph Mizzi on Facebook. He posted a photo holding his father’s hand and explained that that would be the last time he grasped his hand.

Many people who had worked with Mizzi or admired his work spoke about the memories they had of him on Facebook.

Mizzi was known as being the mind behind Klabb Kotba Maltin, and he published many books including il-Gaġġa, written by Frans Sammut back in the sixties.

Professor Gorġ Mallia stated that whenever a person dies, so does a little part of everyone who knew or loved him. Mallia stated that this morning, he lost a person who was a guide and a mentor to him. He described him as a man who had taken him under his wing when he had left University for the first time, and taught him all about publishing. He also described Mizzi as a man with perseverance; a man which created a dream and followed it to its fruition.

Some posts shared by people who knew Mizzi: