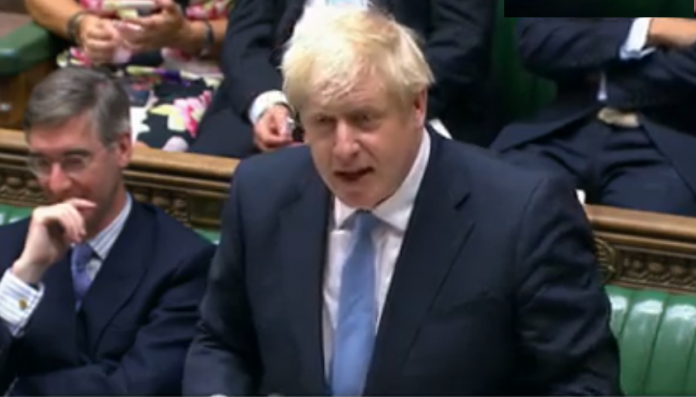 In his first statement in the House of Commons, Prime Minister Boris Johnson said that his mission is to deliver Brexit and make the UK the greatest country on Earth. He said that while this might sound like hyperbole, he felt that this target was realistic. He said that the UK has the potential to become the best place to live, the most compassionate place for the elderly and the go-to place for education and health. He said that this is the start of a golden age. Attacking Labour as the doubters and sceptics, Johnson targeted various sore spots such as the underfunded NHS and the influx of knife-crime. Johnson said that NHS money will go to the frontline as soon as possible. He said ta he had asked officials to work on plans to reduce waiting times and to speed up GP appointments. He added that government will start hiring 20,000 more police officers as a priority in a comprehensive bid to ensure that serious offenders serve their sentences on full.

“There is too much negativity around. We must take immediate steps. First, we must restore trust in democracy by taking the UK out of the EU by 31 October. If we fail to do this, it would cause a catastrophic loss of confidence in our political system” warned Johnson.

Johnson said that he would prefer to leave the EU with a deal but the withdrawal agreement has been rejected by MPs three times. He added that the Irish backstop is unacceptable because it undermines Britain’s democracy. It must go, he said and a time limit would not be enough. He said the Irish border issue should be settled in the negotiations on the future relationship, which is where this issue should always have been decided.

Johnson said that his team is ready to talk to the EU whenever and wherever they want to do so and expressed the hope that EU will also be ready to meet, and to rethink their current positions. He said that the UK is more ready for a no-deal Brexit than many people believe. But in the days left before 31 October, the government will step up its preparations.

He added if the UK does leave without a deal, the UK will have the £39bn available concluding that Cabinet Office minister, Michael Gove, has been put in charge of no-deal planning.

12 ta' Awwissu 2020
We use cookies to ensure that we give you the best experience on our website. If you continue to use this site we will assume that you are happy with it.OkCookies Policy