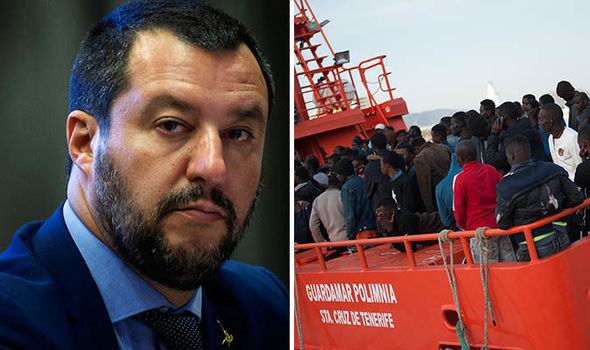 The UN Refugee Agency (UNHCR) has called the Italian Parliament’s decision to heavily punish rescue NGOs for their work, a heavy impediment, ‘at a time when European states have largely withdrawn from rescue efforts in the Central Mediterranean.’

Their comments come following last night’s decision by the Italian Parliament to introduce €1 million fines and vessel impounding for rescue NGOs who do not respect the country’s ban on bringing migrants into their territorial waters.

‘The commitment and humanity that motivates their activities should not be criminalized or stigmatized,’ UNHCR said.

The move comes following the Parliament’s support for the Interior Minister’s decree to tighten up the response to private migrant rescue operations. The coalition government of the League and 5-Star Movement won the vote by 160 – 57. Had the government failed to win the vote, it would have had to resign.

In the same statement, the agency demanded that no NGOs or commercial vessels should be required to hand over people rescued to the Libyan Coast Guard or to be disembarked back in Libya.

Almost 1,000 migrants returned to Libya since beginning of 2019 – data

‘The extremely volatile security situation, ongoing conflict, widespread reports of human rights violations and routine use of arbitrary detention for people disembarked back to Libya underline the fact that it is not a viable place of safety.’

Migrants stay on board Open Arms as Malta refuses disembarkation

If shipwreck deaths confirmed, it will be worse than deaths in May 2017 – UNHCR

67 migrants to be disembarked in Malta

17 ta' Jannar 2021
We use cookies to ensure that we give you the best experience on our website. If you continue to use this site we will assume that you are happy with it.OkCookies Policy