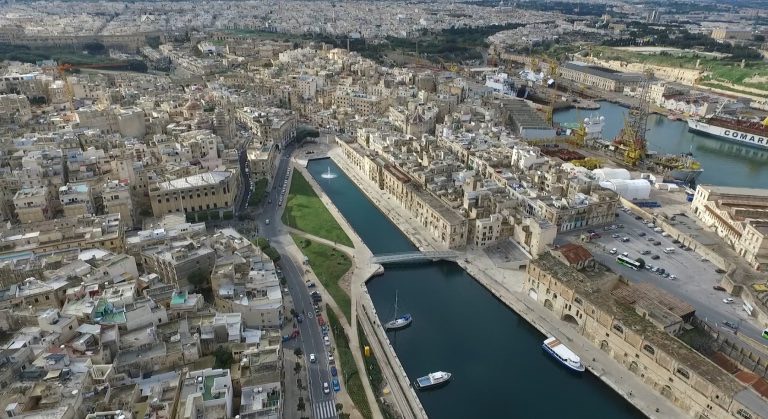 In the case of the AUM dormitory, FAA believes that it should instead be placed within the ‘Fortizza tas-Salvatur’ in Kalkara or the ‘Palazz tal-Kaptan tal-Galjuni’ at the Birgu waterfront.  FAA explains that both sites, ‘are in private hands and it is reported that the owners of the Fortizza tas-Salvatur are willing to negotiate with the government. The Fort offers a usable area of c. 8,500 sqm and is easily accessible by a good road infrastructure, built for Smart City.’

This is seen as a suitable alternative to the existing application to use the open space between Senglea and Conspicua, FAA states.

At the same time, FAA also presents its objections to the plans to add additional floors to the Knights building at Dock One and a new administrative block set to be built between the British and Knights’ building. The application under PA/07496/16 is also set to include alterations to the public staircase, and a new multi-level 180 space car-park.

The NGO warns that, ‘This will all lead to the loss of open space in the heart of the Three Cities, and to the privatisation of the Cottonera Waterfront.’ Instead the focus should be on protecting the open spaces for the sake of resident’s health.

‘Through the acquisition and complete loss of the remaining open spaces around the Dock One area, this proposal is an example of the worst practice in planning that will have a direct detrimental impact on the liveability and amenity of the Three Cities, and should be refused by the competent authority.  However in spite of the fact that this proposal violates several PA policies, the Planning Authority Case Officer is recommending approval of the application at the 12th September hearing.’