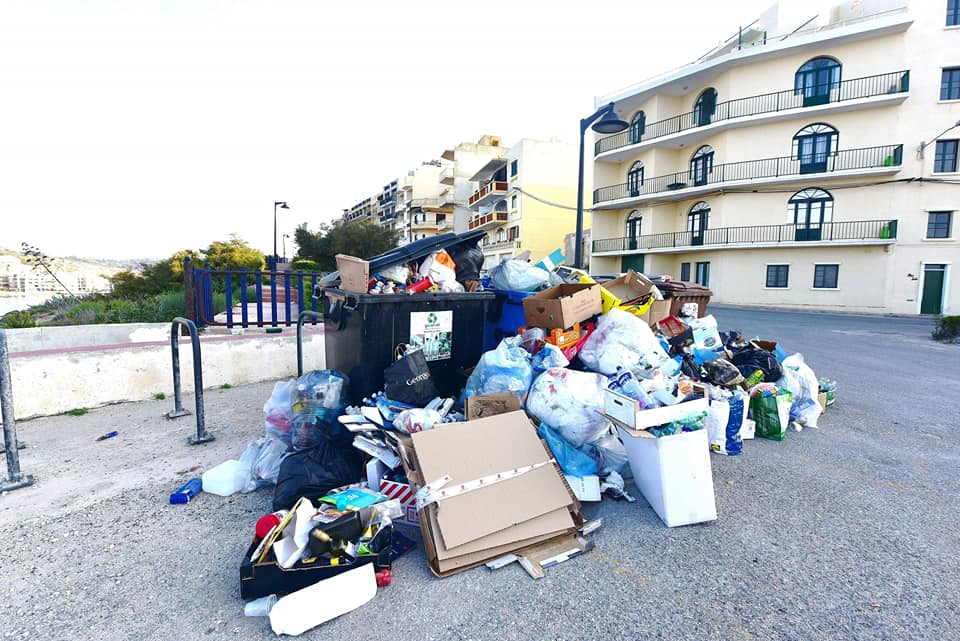 Greenpak says the government’s, ‘lack of enforcement is severely undermining our investment and our work.’

The Waste Management company explains that they are angry that the despite their efforts to install their iBins and to empty these once they are notified, the authorities have been lacklustre in enforcing the law.

They add that the government’s response has been instead to send out what they refer to as the ‘troops’ to address the problem in St Paul’s Bay reactively, rather than proactively.

‘This is having an adverse result as many now believe that leaving litter in the streets is helping Government make ‘nice statements’ about how many tonnes of waste are being collected to keep Malta clean.’

Going further, Greenpak stressed that this lack of enforcement has even extended to the authorities not acting on clear violations caught on tape.

The company says they are prepared to install CCTV at all of its iBin sites but due to a ‘lack of enforcement by the authorities on footage that has been forwarded to them for a number of months, is making Greenpak doubt the wisdom of such an investment.’

On a more positive note, Greenpak says that the they have seen a 40% average increase in the use of their iBins.