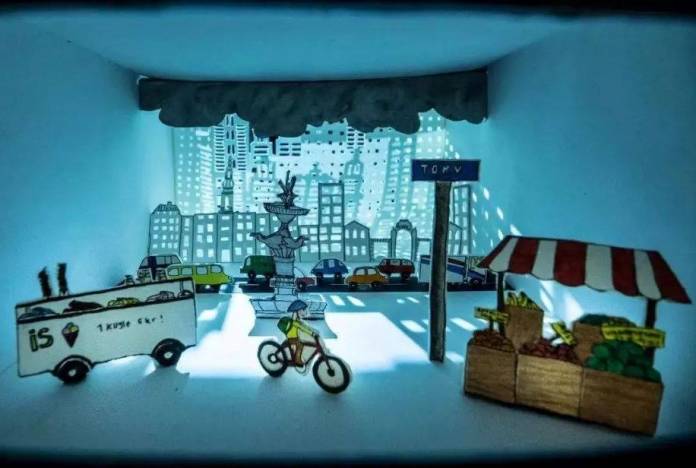 ŻiguŻajg’s ninth edition promises a varied programme for children of all ages. Currently, over 130 artists from across the globe are preparing for this much-loved festival. The programme consists of 21 projects from Malta, Belgium, Canada, Denmark, France, Italy, Latvia, Lithuania, The Netherlands, Spain and the United Kingdom.

Over the years, ŻiguŻajg has been a platform for tackling contemporary issues of public interest. Protecting the environment has always been a central subject in the festival’s line-up, and this year is no different. Productions such as Wild, Wonder Waters and the film Jacob, Mimmi and the Talking Dogs face head-on the harmful effects of our actions on the environment. Along the same lines, multiculturalism and integration feature strongly in Tingo: The Tuneless Bird, and JamBoy targets bullying.

ŻiguŻajg is renowned for having continuously nurtured fantastic creative and artistic productions. This year, the festival has commissioned five projects, while another five are co-productions with other public cultural entities. Ħożż il-Ħsejjes is a multi-disciplinary project inspired by the intrinsic relationship between clay and wheat. It is co-produced by ŻiguŻajg and the Gabriel Caruana Foundation.

Teatru Manoel and ŻiguŻajg have teamed up for a production of Wolfgang Amadeus Mozart’s comic opera The Impresario. While Anthony Burgess’ classic and controversial novel A Clockwork Orange is brought to life as Larinġa Mekkanika, a co-production with Teatru Malta. The Malta Philharmonic Orchestra has collaborated on Robin Hood u Marian to provide a musical, theatrical journey. And ŻfinMalta is participating in Get Loose, an energy-packed celebration of life, uniqueness and diversity.

But that’s not all. The programme features interactive and multi-sensory performances aimed at very young children. A lot of the repertoire has been designed to stimulate toddlers aged 0 to 4. Audiences can expect colourful and vibrant performances running the gamut from light and sound installations to dance and shadow puppetry.

Older children can choose from physical theatre, mime, circus-based theatre and art installations. There is also film, with the aforementioned Jacob, Mimmi and the Talking Dogs sharing the screen with Fight Girl, which is about a young girl’s kickboxing adventures.

“This is indeed an amazing line-up of Maltese and international works that are both thought-provoking and entertaining,” says Festival Director Daniel Azzopardi, “It is an eclectic selection that promises to bring joy to thousands of children and their families across Malta and Gozo.”

ŻiguŻajg is produced by Fondazzjoni Kreattività and will run from the 15th to 24th November 2019. Most of the initiatives will take place in Valletta and Gozo. Booking for the festival is now open. For more information about the various productions on offer and to book tickets visit ŻiguŻajg’s website.

Ninth edition of ŻiguŻajg has kicked off

Amy Borg   February 28, 2020
In the context of the Coronavirus situation, the Malta Chamber of Commerce said that the health and welfare of employees is the foremost priority but the damaging effects on businesses and jobs need to be mitigated. The Chamber emphasised that the situation is crying out loud for clarity, calm, common sense and consistency.

Creating opportunities within the performing arts for students of all ages