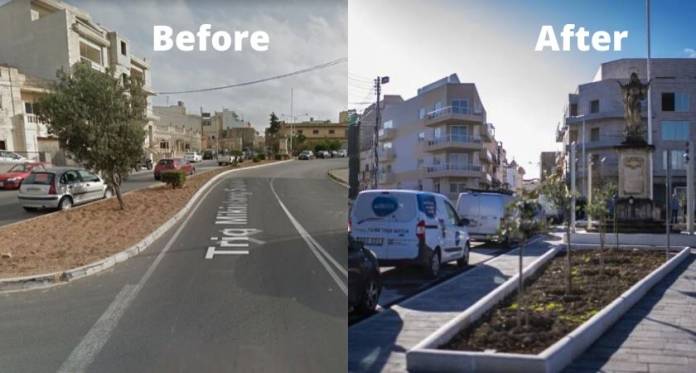 A Żebbuġ centre strip underwent a hefty facelift which cost €100,000 and has been re-baptised as Ġnien Santa Marija. The work was carried out by the Public Works Department.

New paving and lighting was installed, maintenance work was carried out on the existing bus shelter while the existing services were improved.

The works resulted in the soil diminishing and some mature Aleppo Pine trees being axed.