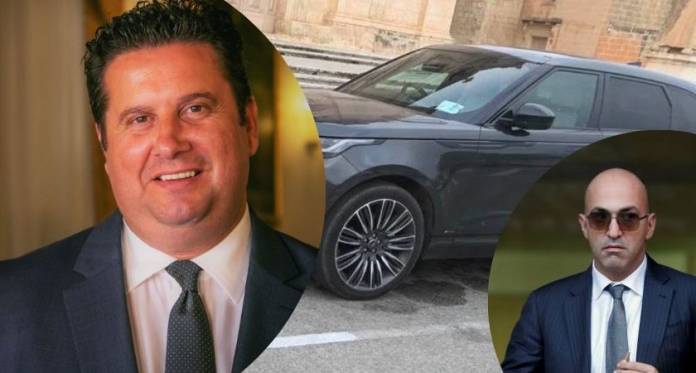 Justice Minister Edward Zammit Lewis has categorically denied that the wife of murder suspect Yorgen Fenech who stands charged with complicity in the murder of journalist Daphne Caruana Galizia, visited his house in February.

The claim was also denied by Marlene Fenech, in a statement released through Fenech’s lawyers.

Azzopardi uploaded a photo of a parked vehicle which he said belongs to Marlene Fenech, and explained that the photo was taken on 25 February 2020 between 7.30am and 8.27am. He explained that the vehicle was parked in front of the parish church in Ħal Lija.

Marlene Fenech allegedly emerged from the parked vehicle and walked to Zammit Lewis’ residence who was already Justice Minister at the time while Fenech had been under preventive arrest since 30 November.

Zammit Lewis denied the claims saying it is completely false and that the statement by Azzopardi is ‘one in a series of false statements’ made by the Opposition MP.

The minister said that he would not allow any “systematic attacks” on his personality or character to hinder him from carrying out his ministerial duties.

Newsbook.com.mt has sent questions to the minister asking him whether he has ever received any relatives of Yorgen Fenech at his private residence.

A ministry spokesperson replied attaching the statement released on behalf of Minister Zammit Lewis saying that: “In a nutshell, the Minister insists that this allegation is absolutely false and rocket science.”

The Justice Minister was asked to confirm or deny the following statements:

He was also asked to clarify his or his spouse’s relationship with Marlene Fenech or Yorgen Fenech.

The minister’s spokesperson replied that the Minister has already stated his position in the statement, adding that “serious journalism requires questions to be sent to Hon. Azzopardi for putting forward such a calumny”.

This newsroom added that the Minister’s replies to the questions sent would clarify the situation and that they were being made in light of the recent revelations by the Times of Malta in which the local newspaper revealed that Fenech and Zammit Lewis shared around 700 messages between January 2019 and October 2019.

The contents of the WhatsApp chat were lifted off Fenech’s phone by Europol, who were handed the device immediately after Fenech’s arrest in November 2019.

The experts are expected to testify in October, when the chats would be exhibited in court.

The ministry referred this newsroom to the statement released by Marlene Fenech through the legal team and which was published on Lovin Malta.

Minister Zammit Lewis concluded that he will continue spearheading the necessary reforms aimed at strengthening governance in Malta.

In a statement issued by the legal team appearing for Yorgen Fenech on behalf of his wife, the legal team lambasted the claim as an ‘outright lie and an invasion of privacy’.

“Shadow Minister Jason Azzopardi should know better than to use personal attacks aimed Yorgen Fenech’s family to advance his own political agenda.”

In the statement, the legal team referred to the ‘fantastical declarations’, saying that ‘it was deplorable for an MP to use an appointment with a medical professional to make personal attacks and score cheap political points.’

“It should be highlighted that perhaps Dr Jason Azzopardi’s fertile imagination would be better
placed to ensure that the Rule of Law is defended, the presumption of innocence is protected
and a fair trial is safeguarded rather than reducing himself to immature social media posts
fuelled by misinformation and madness,” the statement released by the lawyers reads.

There are eyewitnesses – Azzopardi fires back

The Opposition MP in a subsequent statement on Facebook said that they could continue denying as long as they pleased, adding that there are eyewitnesses who saw what happened early morning on 25 February.