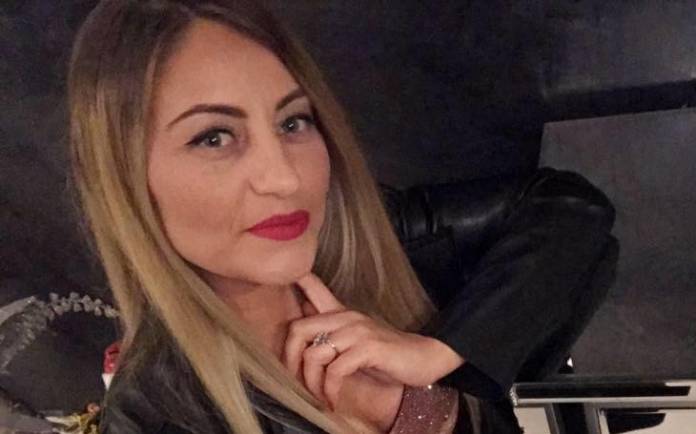 A cousin and a friend of Chantelle Chetcuti who was stabbed to death in February testified during the gathering of evidence against a 33-year-old man accused of her murder on Monday afternoon.

Justin Borg from Ħal Safi was charged over the stabbing of Chetcuti who succumbed to the injuries within 24 hours. The alleged aggressor is the victim’s former partner.

Lawyers Franco Debono and Marion Camilleri are appearing for the accused.

13:30 Thank you for following this live blog.
Monique Agius
13:23 Dr Camilleri asks about Sunday when Chetcuti was stabbed.

'When did she mention the person she met that day on the first time?'

The witness says that it was during the Zabbar festa. Chetcuti stopped mentioned the person she was with when she was stabbed when she made up with the accused.
Monique Agius
13:20 Dr Camilleri in her cross-examination asks about flights the accused had bought for the victim and himself.

The accused had proposed to the victim. She had left their residence when they broke up in September.
Monique Agius
13:12 The witness details episodes of stalking. Two days before they were having a drink and Borg was already hiding close to where they were.

That evening he followed them everywhere.

Magistrate Montebello asks if the events happened in one night, the witness affirms.
Monique Agius
13:11 Police Inspector asks why did the victim told them "if am still alive".

The witness says that she was afraid of the accused that he would beat her up.
Monique Agius
13:06 The next witness is a friend of the victim and her cousin. She had known her for 16 years.

'On the day she was stabbed, we had to go on a picnic together but she decided to go out,' the witness tells the court.

Chetcuti had told her that she was out.

In the group chat and in their chats she would voice her concerns and fears. The witness says that when Chetcuti was afraid for her life and had told her group of friends "if I would be still alive" when they were planning a trip to Gozo.

Chetcuti had broken up with the accused in September 2019.
Monique Agius
13:04 The witness says that she printed the chats she thought were relevant to the proceedings.
Monique Agius
13:01 Dr Camilleri is asking whether the victim was seeing the man she was with on the night.

Chetcuti had met the man during the Zabbar feast and then stopped meeting the man when the victim and the accused were trying to make up. She then met him on the night.
Monique Agius
13:00 Chetcuti never worked as she brought up their children.

She called the victim's sister who confirmed and later told her that "there was a lot of blood".

The ambulance stopped frequently because she was in danger of dying.
Monique Agius
12:51 The victim felt as though she was on the run.

The witness is reading out from a chat between Chetcuti and herself on Sunday when she was stabbed.
Monique Agius
12:48 The witness has printed out some chats between her and the victim.

After leaving, Borg crashed into a wall. Her cousin tells the court that Borg "did it on purpose" since it was a road they frequently used.

Chetcuti went to her cousin's house. Her cousin insisted to drive her to the police station to file a report after the accused wanted to go for her and go to the police together.
Monique Agius
12:36 Her cousin recalls that last year, they went to Zabbar festa without informing him. He got to know and turned up. They ended up with the accused running after them along the streets.
Monique Agius
12:35 The magistrate says that given the circumstances it is accepted and will be weighed accordingly.
Monique Agius
12:35 Dr Camilleri says that this is all hearsay and does not have any relevance.
Monique Agius
12:33 "She had told me that she accepted that Borg was aggressive towards her because she could trust him until she found out that he was cheating on her. She found flights booked and he also lent money to the family of the woman he was having an affair with," her cousin says.
Monique Agius
12:32 While Chetcuti and her cousin grew apart, last year, they started hanging out together.

Her cousin is detailing episodes of domestic violence when the accused used to be her partner.

His mother knew about certain things.
Monique Agius
12:30 Before even they had their children, Borg had sent her letter threatening Chetcuti that he would overdose if she does not be with him.
Monique Agius
12:29 Her cousin explains that some 20 years ago, Borg used to turn up outside her house throwing rocks at the balcony for her to emerge.

"In reality she never wanted to be with her," she says.
Monique Agius
12:27 Chetcuti's cousin takes the witness stand. She is two years younger than the victim. They were brought up together.
Monique Agius
12:25 Dr Camilleri asks whether there were more conversations and why did he feel to extract the conversations between the accused and the victim.

He explains that the extraction was complete and they were placed in separate folders.
Monique Agius
12:25 Cutajar explains that when he got to know that the Magistrate informed him that the victim was fighting for her life, he sought permission to be able to access the mobile through biometric data.
Monique Agius
12:23 The chats between the accused and victim will be presented on a USB stick. The magistrate asks if the chats have been printed.

Cutajar explains that since they had been together for quite some time, the conversation is "voluminous".
Monique Agius
12:22 The accused did not provide his password and the police could not access his mobile.

For the police to extract data from the accused's mobile can only be obtained if it is sent abroad.
Monique Agius
12:19 IT court expert Keith Cutajar takes the witness stand. He explains that the report documents four locations from which CCTV footage was taken.

The victim's mobile was seized. He explains that he sought a permission to visit the victim while in ITU to get the biometric read.