The compilation of evidence against a 33-year-old man from Ħal Safi who stands accused of murdering his former partner Chantelle Chetcuti is scheduled to continue on Monday morning.

Chetcuti was found lying on the floor in Żabbar on 2 February 2020.

Magistrate Rachel Montebello is presiding over the case.

13:56 The case is adjourned for Friday, 3 April, at 9:30am.
Charmaine Attard
13:54 The Court, however, accepts the prosecution’s request and orders that Borg should be taken to the residence in Safi for verifications to take place.
Charmaine Attard
13:52 Inspector Kurt Zahra states that earlier today, he was given the address of the place where Borg took the knife which was used in the murder, as the rest of the set of knives could still be there.

The Magistrate interjects, stating that no further questions on the topic would be permitted.

He explains that Borg parked a short distance away, and that Chetcuti went to confront him on her own accord, asking him to leave.

Azzopardi confirms that Borg was already on site when he joined Chetcuti’s group at around 6pm.

Borg arrived at around 9pm – Debono notes that he had been out fishing with his friends. Azzopardi continues, stating that Chetcuti greeted him angrily, banging on his car and shouting at him, asking him to leave.

As Azzopardi questions why Borg was present when he was no longer in a relationship with Chetcuti, Debono raises his voice to tell him that he was a witness, not the victim’s lawyer.
Azzopardi continues, stating that they went to a bar and he followed them. Chetcuti walked home, and the group joined her again.

They returned to the bar and Borg was there once more, Azzopardi said, noting that they encountered him three times in one night.
Charmaine Attard
13:19 Azzopardi said that he did not know where they were going. He saw Borg in his car, sounding his car horn. Chetcuti asked him to take her home, and the group ended up staying with her.

Borg then blocked the gate. He left his car doors open, but the witness did not know where Borg himself had gone.
Charmaine Attard
13:17 Azzopardi notes that on 24 January, a woman had called him from Żurrieq, asking for a lift. He found a group of women there, including Chetuci. Borg was there and asked Azzopardi to leave as he would drive them himself, but they refused.

She had told him that she was meeting someone else that evening. Azzopardi says that he had given Chetcuti a lift to Zabbar at around 3.30pm and he got to know that she was going to meet Silvan Medina.

He says that Chantelle Chetcuti used to fear her ex boyfriend. The accused had spent fifteen days stalking her. The witness tells the court that the accused would call her up and she would find him wherever she would go. The witness says that sometimes he would be out and about with the victim and the accused would suddenly turn up.
Monique Agius
13:03 Next up is Johann Azzopardi who knew Chantelle Chetcuti since she was 21.
Monique Agius
13:01 The father describes how they would always argue and then make peace. The two were together for some seventeen years.

The witness says that there were people who knew that she got hit by the accused.
Monique Agius
13:01 The father of the victim faces cross-examination by Dr Debono. He asks him about the maintenance. Chetcuti says that his daughter was unemployed. He says that the accused never failed to pay maintenance.
Monique Agius
13:00 The witness exhibits a letter dated 6 September 2019 which was written by a lawyer on behalf of the victim.

"I think she loved him," the witness adds.
Monique Agius
12:57 The accident happened when Chantelle Chetcuti was still living with her parents.

"They lived their childhood together. They knew each other since they were 14 or 15," her father tells the court. The tearful witness says that they loved the accused as "one of their own". He adds that he still has a mother, but the children have lost their mother.
Monique Agius
12:57 The witness says that the car could not be driven due to the damage to the car door. He adds that he had taken Chantelle Chetcuti to the police station. The mother of the accused was also there. They had accepted to pay for the damages since they did not want to cause any trouble between the families.

The accused stands up and approaches his lawyer.
Monique Agius
12:55 The father exhibits some notes from a case that happened in 2006. He says that the accused had damaged the victim's car. In his notes, he had jotted down the police number, Chantelle Chetcuti's ID card number, the date and time when the incident happened.

He explains that he did this in case something happened.
Monique Agius
12:53 The witness says that he had repeatedly told his daughter to file a police report.

Once she was at work, and his wife had called him informing him that the accused was outside their house making a scene, the witness recalls.

He says that his wife had told him that the accused wanted to beat up the children. He had knocked down the door leading to the room where Chantelle and her children would be.

The case happened seven years ago. The case eventually ended up before the court. The father says that he played the victim card and they had to forgive him.
Monique Agius
12:53 The mother of the accused had called Chantelle and asked her to "take care of him". Chetcuti had told her that they were no longer together.
Monique Agius
12:51 She had been living in her parents' house for the last five or six months. They kept in touch because of their children.

The victim's father says that the accused was "obsessed" with his daughter. He says that some three days before the stabbing, he overheard Chetcuti telling her mum that they had an accident with their car. He had taken her logbook so that he remains present in her life, the witness adds.
Monique Agius
12:50 "As long as I have known them together, I remember them arguing and I remember her calling him a liar," Chetcuti's father says.
Monique Agius
12:49 The witness says that his daughter used to complain to her mother, that her ex partner was cheating on her and lying to her. According to the witness they tried living together as friends but they did not manage, since she felt uncomfortable.

Chantelle Chetcuti's father points at the accused.
Monique Agius
12:48 He says that what hurt the most was going to visit his daughter in hospital who had the knife still stuck inside her head and that no one could remove it.

The father says that his wife passed out upon seeing their daughter on the ground. Chantelle could not speak to them, he adds.

Chantelle Chetcuti used to live with her parents, her brother and her children.
Monique Agius
12:47 The father recalls that they had gone to Żabbar.

"Upon seeing all that blood, we thought she was dead," the father said in a quavering voice.
Monique Agius
12:46 He says that someone had called on Chantelle's mobile which was with the Żabbar Police asking if there was a relative available to go to the police station. He says he does not know who had called.
Monique Agius
12:45 The father says that he received a call from his eldest daughter at around 8pm. Their eldest daughter informed them that Chantelle was stabbed and that she was going to Żabbar.

The witness says that on the day, more than one hour had passed since the accused had arrived at the club.
Monique Agius
12:33 The witness faces cross-examination.

Dr Debono asks the witness to describe his friendship with Silvan Medina.

He explains that he did not know the accused and had seen him entering the club and approaching the victim. He recalls seeing them speaking before they went outside.

It was at this time that someone came in screaming inside the party club for others to come outside, he recalls.
Monique Agius
12:16 Zammit says that on the day he was at a club in Ħaż-Żabbar having a beer when a person entered the club screaming "come outside!"

Read also:
“The accused was in shock but calm” 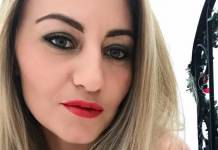