A request for bail filed on behalf of a 33-year-old man accused of murdering his former partner, Chantelle Chetcuti, will be decided upon during the next sitting.

The gathering of evidence against Justin Borg, 33, of Ħal Safi continued on Thursday.

Chetcuti died of injuries she sustained after she was stabbed in the head, allegedly by her ex-partner Justin Borg, who stands accused of her homicide.

During a brief sitting on Thursday, the Court ordered that the prosecution summons civilian witnesses and relatives of the victim that were still to testify, during the next sitting. The Court would then decide on the request for bail.

The compilation of evidence will continue on 31 August at 9am.

09:58 Thank you for following us.
Monique Agius
09:55 The cour has ordered that Chetcuti's relatives are summoned to testify during the next hearing on 31 August at 9am. Magistrate Montebello says that the Court will evaluate the request for bail following the next hearing.

Civilian witnesses and relatives are expected to testify during the next sitting, the Court orders.
Monique Agius
09:52 Police Inspector Kurt Zahra notes that there are other civilian witnesses yet to testify other than the victim's relatives.
Monique Agius
09:50 Dr Debono insists on the importance of the presumption of innocence until proven guilty and that preventive arrest is an exception.

Zahra says that the victim's mother has to testify. He notes that her health has weakened for 'obvious' reasons and that it was only this week that he was informed that she could testify in the proceedings. Chantelle Chetcuti's brother is still to testify.
Monique Agius
09:45 Dr Debono asks the court to be sensitive when deciding about the request for bail. He notes that after six months, the prosecution is insisting that there are important witness yet to testify. The defence lawyer maintains that such witnesses should have been summoned at an earlier stage.

"What happens if the Police Inspector doesn't summon the witness? I can't request bail?' Debono asks.

He remarks that the witness was not summoned today.

Magisitrate Montebello intervenes saying that the witness could not come today and will be testifying on 29 September.
Monique Agius
09:44 Zahra mentions the case of the Degiorgio brothers who are accused of planting and detonating the car bomb which killed Daphne Caruana Galizia in October 2017. He notes that any breach can cause alarm.
Monique Agius
09:42 Police Inspector Kurt Zahra insists that it is still premature to grant bail to the accused. He explains that there are still civilian witnesses and relatives of both the victim and the accused who need to be summoned to court to testify in the criminal proceedings.
Monique Agius
09:41 Dr Debono says that the court can impose the conditions it deems fit when granting the bail on the accused.
Monique Agius
09:36 Dr Franco Debono makes a request for bail. He maintains that in separate criminal proceedings, one of his clients, Lorin Scicluna, was granted bail. He argues that his client has been under preventive arrest for six months, adding that the civil witnesses that had to testify in the case had already been summoned.
Monique Agius
09:35 Police Inspector Kurt Zahra says that the footage which has just been presented n court show the accused turning up at the Police Headquarters on the day.
Monique Agius
09:34 Dr Franco Debono asks the reason why such a task was carried out. The witness says he was ordered to present the footage.
Monique Agius
09:33 A police officer exhibits CCTV footage which was retrieved on 2 February. The footage was taken between 7-11pm. The officer was tasked with making copies of the CCTV footage taken from outside the Police Headquarters in Floriana.
Monique Agius
09:31 Magistrate Rachel Montebello enters the courtroom.
Monique Agius
09:30 The accused is already in the courtroom, as well as lawyers Franco Debono and Francesca Zarb.

Police Inspector Kurt Zahra who is leading the prosecution is also present.
Monique Agius
09:27 Good morning and welcome to this live blog. Newsbook.com.mt is live from courtroom 9.
Monique Agius
Last court sitting
Żabbar stabbing: “If I’m still alive by then”; message shows that victim was worried for her life 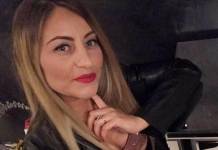