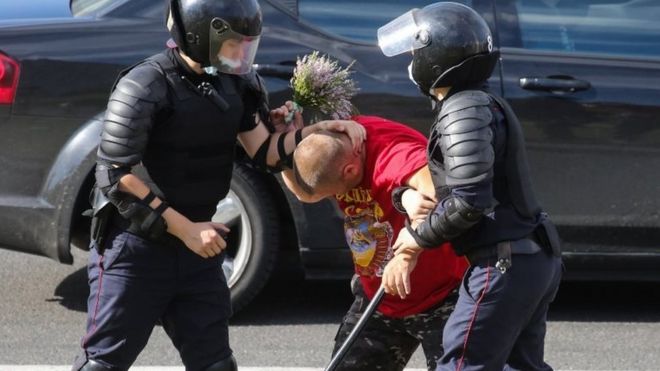 A protester has died in Belarus while in police custody. This is the second death since clashes with police erupted on Sunday over a disputed and tense presidential election.

The protests erupted hours after Belarusian leader Alexander Lukashenko, who’s been in power since 1994, was declared the winner of Sunday’s vote, which has been condemned by the EU as neither free nor fair.

Officials said that the cause of death of the 25-year-old man is unclear. His mother says he had heart problems and was kept for hours in a police van.

The United Nations condemned the use of violence by authorities, as protests continued for a fourth night.