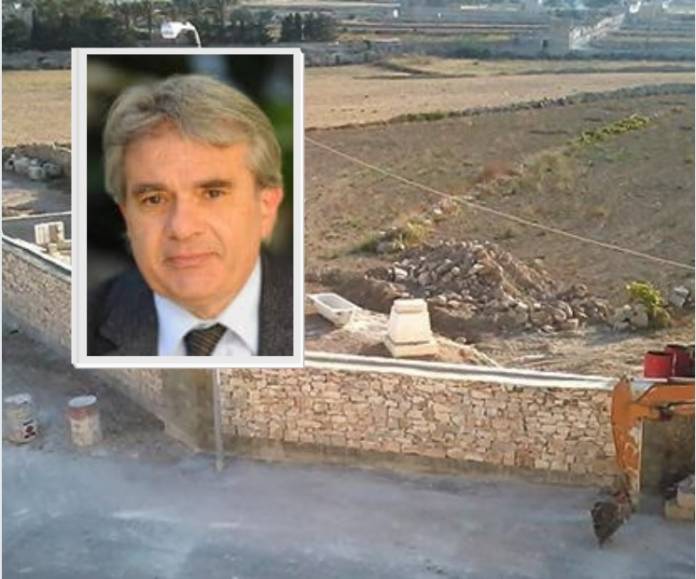 “This is hardly consultation”. This was the irate remark of Prof Alex Torpiano, a well- established architect and President of Din l-Art Helwa when speaking on Newsbook Hour on 103 – Malta’s Heart. He was speaking of the current consultation on the Review of the Rural Policy Design Guidelines 2014. The document was issued for public consultation on the 25th October and the submissions must be made by the 15th November. Perit Torpiano said that this was not only not enough time but was also a clear message that the consultation was a sham. “This is just taking the mickey out of people. When you are dealing with a policy as complex as this, barely three weeks is nothing” said the architect. He added that the policy is not simply complex because of the very nature of the areas it touches: the ODZ with all its gamut of needs and variations. It is also compounded by the fact that comments have to be made which also respect basic human traditional activity such as farming. “In such a matter, to make credible comments, you basically have to become very knowledgeable about farming practices” added the architect. Perit Torpiano said that the review had started about a year ago “behind closed doors” and no serious outreach had been carried out.

The controversial Rural Policy Design Guidelines had been drawn up after the 2013 election, in 2014 following a period when the previous administration, bowing to popular pressure had declared the ODZ a no-fly zone. Observers close to the planning community have indicated to Newsbook.com.mt that that draft policy was strangely accommodating to some of the more problematic and controversial applications, previously refused, were, miraculously, solved.

A terrace with a view

Environmentalist Prof Alan Deidun: “It’s bad enough that the revised ODZ policies of 2014 have ushered in a renewed commercial and residential interest in ODZ areas such that ODZ permitting rates are currently at unprecedented highs. But it’s tragic to see how some planning applications, add insult to injury by even going against the very same permissive ODZ policies and the ultra-permissive Strategic Plan for the Environment and Development (SPED), and still end up being approved by the infamous Planning Commission.” Deidun was writing in 2017 on an application, PA 00268/15, which proposed the “Extension of a rubble wall. Maintenance of reservoir; Introduction of access between split levels; Reconstruction of a deteriorated rubble wall. Relocation of trees from location approved in PA 3212/13. Construction of pump room.” The end result of the permit granted at the Siġġiewi site was that a former field was roofed over, soil cover was lost, and the applicant was left with a terrace with a great view of the Salib ta’ l-Għolja promontory. Furthermore, the applicant has connected the property to the sewerage system, raising more than an eyebrow about the real motive behind the development.

New rural policy to be published for public consultation