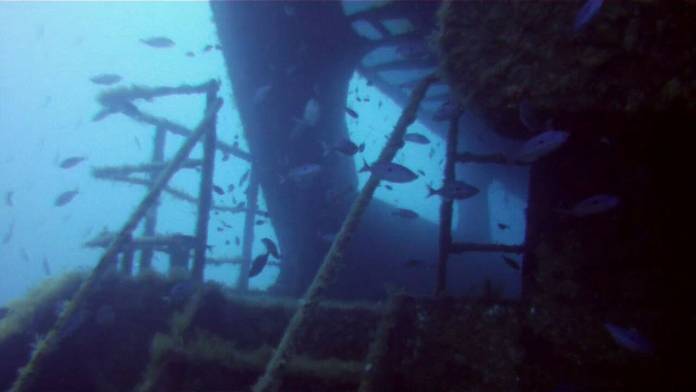 Tonight marks the 25th anniversary of one of Malta’s biggest tragedies, the explosion of the Um el Faroud tanker at the Malta Drydocks which claimed the lives of 9 Maltese men.

The Libyan oil tanker was undergoing extensive repairs at Dock 3 when an explosion ripped apart its deck at around 10:30pm on 3 February, 1994.

No other disaster had claimed the lives of so many Maltese people since independence.

Flags were flown on half-mast as a period of national mourning was declared, and Malta’s largest church – the Christ the King Parish Church in Paola – was packed solid as a funeral mass was held for all nine victims. And inevitably, the incident left an indelible memory on those who had the misfortune of witnessing it – or who lost a loved one.

One such witness was Louis Galea, who was the minister responsible for home affairs and health at the time, and who recounted his experiences on 103FM earlier today.

He was still working at his office in Floriana that night when he heard what appeared to be an explosion. Minutes later, he receives a fateful call from Police Commissioner George Grech.

“He told me ‘don’t be shocked, but there’s a huge tragedy on our hands, at the Drydocks,” Galea recalled, adding that he immediately rushed to the dockyard. Galea had never been to the Drydocks before: the site was “practically a no-go area” for various reasons.

As he went in, through the car radio – mobile phones were a rarity back then – Commissioner Grech informed him that there had been an explosion on board a Libyan tanker, and while the number of casualties was not yet known, it was already certain that a number of people had died.

He approached Dock 3, where the Um el Faroud was berthed, and recalls that he never expected what he saw next.

“I see a tanker which, while not one of the biggest, was still a huge ship to me, with its deck ripped open. I couldn’t believe how the ship’s metal could be torn apart like this,” Galea said. Firefighters were battling the flames as the scale of the tragedy sunk in.

“I had never seen a tragedy of this sort. Your body goes cold, there’s a lump in your throat, as you think of the people who were working on the ship.”

Galea also has words of praise for the “heroic” efforts of Dockyard employees who, at great personal risk, took part in rescue operations.

“It was terrifying: it was night, so there was little light until searchlights were eventually brought on. And the situation was still dangerous at the time: I was kept at quite a distance away,” he said.

The former minister also recalled how the court expert – the University’s current rector Alfred Vella, a chemistry professor – was deeply affected by the experience.

“As he carried out his preliminary assessment of the situation, his face had blanched as a result of what he had seen; the explosion, people crushed by falling metal.”

The explosion, Vella determined, had been caused by the accumulation of flammable gas, which devastated the 10,000-ton vessel when it ignited that night.

As it turns out, Galea knew a number of the victims, describing Angelo Sciberras as a long-time friend who had also helped him during his political career. Additionally, he had known Mario Hales, who hailed from Mqabba – where he was born – as well as the widow of Paul Seguna.

Carmen Xuereb had recounted her experience to 103FM back in 2014, recalling a “horrific night” in which she was startled by the presence of three men outside her door, asking to enter her house.

They informed her that her husband George had been injured and that she should go to hospital. Since it was late at night and she could not drive, she asked her brother-in-law to take her to St Luke’s, and the extraordinary number of emergency vehicles on the streets made her realise that a significant tragedy had occurred.

“There was a lot of crying and screaming in hospital. I was asked to wait, and kept seeing people passing by with a grim expression on their face, as though something horrible had happened,” she said.

Carmen was first informed by a nurse that she would soon be asked to visit her husband, but shortly afterwards, a doctor ultimately informed her that he was one of the victims of that night’s tragedy. She ultimately found out that the explosion had sent her husband flying, causing him serious internal injuries as he hit the ground. These injuries caused a haemorrhage which proved fatal.

“The tragedy makes you go crazy. It’s hard to make sense of it: one minute your husband is going to work, and the next your children are orphaned and you are left widowed.”

Coping with the loss was difficult, she admitted.

“My mind went blank, I could only see shades of grey. I thought how the children were suffering, but it a very ugly time for me: I even forgot how to do simple tasks like cooking.”

What helped, she added, was remembering that her children had a future ahead of them, and that they needed her more than anything.

“I could never forget what George used to say: that he wanted a better future for them, he wanted them to go to school and thrive,” she said, adding proudly that all three ultimately graduated from university and found good jobs.“I’m sure he helped them,” Carmen insists.