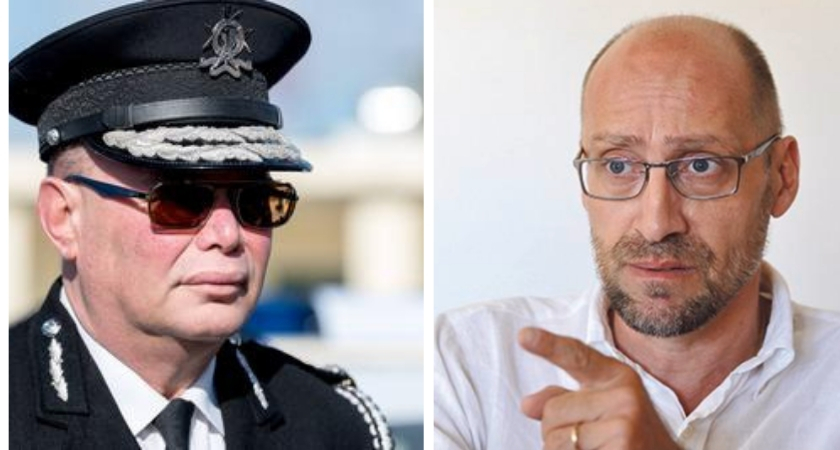 Mr Jonathan Ferris, in a case filed before the Constitutional Court on Friday, is alleging that he has been discriminated against by Police Commissioner Lawrence Cutajar and that this discrimination amounted to a breach of his human rights. Besides, he also suffered financial damages as he lost his service pension.

Ferris, who had been appointed as a manager with the Financial Intelligence Analysis Unit (FIAU) after he resigned from the Police Corps in 2016, mentions, among other things, two facts which prove that he was discriminated against by the Police Commissioner. He is saying that since 2013 twenty six police officers were seconded to other Government entities and even to private entities.  However his request to be seconded to FIAU (which was under the portfolio of the Minister of Finance) was never positively answered even though he was approached to join FIAU by officials of the same Unit.

The second instance which shows that he was discriminated against is the Commissioner’s refusal to reinstate him in the Police Force following the termination of his employment with FIAU in 2017. While his request was not accepted, Ferris said that  since 2013 the number of police former officials that had been reinstated amounted to one hundred and nineteen.

Ferris said that he was interested in joining FIAU as he was observing shortcomings in the Police Force. He said that between August and October 2016 he had several meetings with Police Commissioner Cutajar. He request for secondment were always resisted by the Commissioner. He continued resisting secondment even when Ferris’s request to join the FIAU was accepted. According to Ferris the Commissioner never explained the reason for his refusal.

In his constitutional application, Mr Ferris said that before his employment with FIAU was terminated in June 2017 he had sent feelers  about returning to the police. He was verbally assured that reinstatement should not be a problem since he had a good record in the police force. However he was not reinstated and no justification was given for this decision.

Ferris had taken the FIAU to court as he believes that the termination of his employment during the probation period amounted to an unfair dismissal.

Sylvana Debono   February 24, 2020
Newsbook.com.mt can confirm that brothers Alfred and George Degiorgio – who are accused of carrying out the assassination of Daphne Caruana Galizia, have sent a message to Labour Party deputy leader Chris Cardona in recent weeks.

Man grievously injured after hit by car in Ħamrun