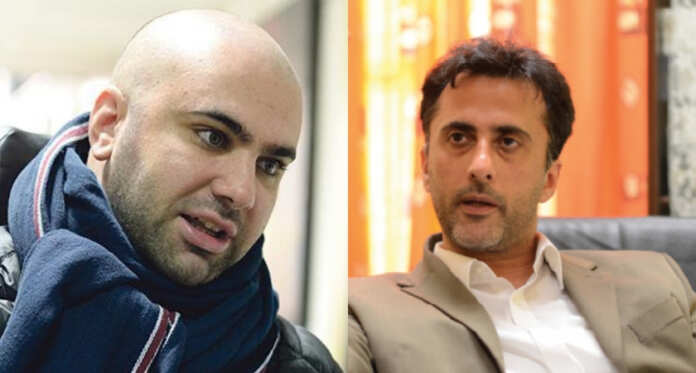 The Dean for the Faculty for Social Wellbeing Andrew Azzopardi argued that opening an eight –storey nursing home for patients suffering from ALS was against the which Malta signed in March 2007. However Bjorn Formosa, the founder of ALS Malta, the organisation which has fund-raised for a nursing home in Qormi, posted in a Facebook group, saying that Azzopardi was not quoting the correct figures and was wrong.

In an article penned for his blog on The Malta Independent, Azzopardi dubbed the eight storey house, “a boutique hotel” for ALS patients which would contradict the UN Convention on the Rights of Persons with Disabilities which was ratified in 2012. Azzopardi also quoted the article in question, ‘States Parties to the present Convention recognize the equal right of all persons with disabilities to live in the community, with choices equal to others, and shall take effective and appropriate measures to facilitate full enjoyment by persons with disabilities of this right and their full inclusion and participation in the community…’

Azzopardi decried the situation in Malta saying that there was enough institutionalization of people with disability, citing Dar tal-Providenza, as one of the biggest institution in Malta, which is working towards establishing community homes. Azzopardi argued that while he thought that Bjorn had his heart in the right place, he described his behavior as “imprudent, thoughtless and injudicious”. He pointed out that prior to be diagnosed with ALS, Bjorn was not involved in the disability sector and might not be fully conscious of his decisions.

Azzopardi explained that if Bjorn was not careful, the legacy that he would leave was not one of ‘emancipation’ but simply create a Babel in which people’s intellectual, physical, social and emotional development is impeded by institutionalization, according to Azzopardi.

The Dean concluded his article by appealing to Bjorn to leave the work in the hands of experts and those who work in social policy, saying that prior to launching his project, Bjorn would have been better off had he consulted with the Commission for Persons with Disability, discuss with relevant stakeholders, referred to the quoted convention, discuss with the experts in the sector and sought assistance from the Parliamentary Secretary for people with disabilities.

Bjorn Formosa replied to the Dean in a post on a popular Facebook group saying that Azzopardi should have spoken to him prior to publishing. Bjorn said that Azzopardi had got his figures wrong, and had he spoken to him, he would have got his facts right. Bjorn argued that while Azzopardi had been in the sector for a long time, it was a matter of what has he been doing all this time. Bjorn criticised Azzopardi’s blog describing it “poor journalism”, he also said that speaking did not improve people’s lives. He accused Azzopardi that by critizising a successful project like Dar Bjorn he was damaging the lives of those who were suffering. 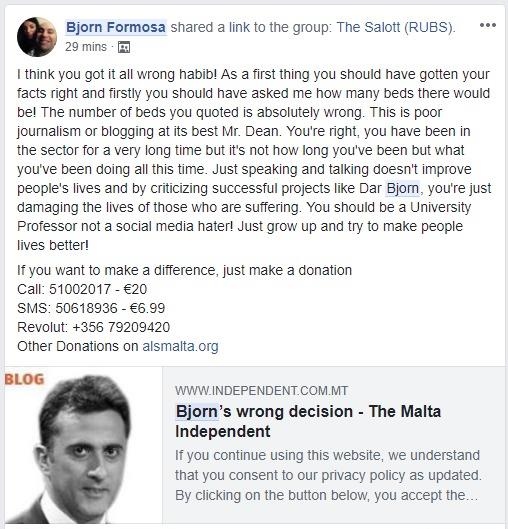 Azzopardi is right – Commissioner for Persons with Disability

The Commissioner for Persons with Disability, Oliver Scicluna said while he admired Formosa’s work, he was in agreement with Andrew Azzopardi, saying that what looked like a solution would spell disaster.

Amy Borg   February 25, 2020
President of Malta Medical Association, MAM, Martin Balzan, has confirmed with Newsbook.com.mt that two passengers arriving in Malta from Bergamo had symptoms of high fever and high temperature however it is yet to be confirmed if they are positive to coronavirus.

Friends of slain journalist to testify during public inquiry