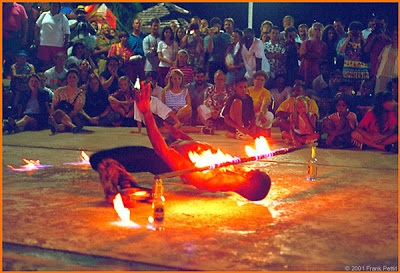 The current political situation in Malta reminds me of a particular Caribbean dance, the Limbo. A bamboo rod is placed horizontally on two notched upright bamboo poles and, to the evocative beat of the music of the region, dancers have to walk under the bar, on their feet, no help from other appendages and without displacing the rod. Obviously the lower the rod goes, the harder it becomes to lean back and inch one’s way forward. Flexibility and stamina are the names of this contortionist’s cavort.

Lots like Malta 2020 really. Or not just 2020 but certainly at present we seem to be reaching a climax – a climax of low standards. An oxymoron if ever there was one. Let’s look at key developments.

The former star candidate and seemingly untouchable Konrad Mizzi gets kicked out of the party and his former buddy and later leader Robert Abela says that his party has set the highest standards of governance after taking action on an allegation. Sounds good, yet it took Abela six whole months to get round to acting on his declaration in December 2019 that “he would have sacked Keith Schembri and Konrad Mizzi three years ago”. Then still an MP oogling the imminent premiership race, he was categorical. So why did it take him so very long to act on his ‘convictions’? Would it be, perhaps that the decision was more governed by political timing and expediency rather than by principle? How can you say that you set the highest standards of governance when the decision taken was taken because it was the absolute least that you could do?

Consider this. One Deputy Leader, Cardona, although he denies it, many believe has a history with Caruana Galizia’s hitman as well as a salacious personal life. Up until the beginning of June 2020, Abela claimed that he was still ‘following developments’ as the intertwined layers of politics, business and corruption were coming apart in court. Any self-respecting principled leader would have waved his number two good-bye. Not Abela. He just limbo’d his way as the bar went down a further notch. The decision to remove Cardona was only taken when political calculations gave the correct digits. It was expediency not principles which ruled. So much for standards of good governance.

When to draw the line?

Perhaps you think I am being harsh? Very well. Straight from the horse’s mouth again: “Any relationships between cabinet members and Yorgen Fenech would only be unacceptable if they continued after he became a murder suspect, Prime Minister Robert Abela has said.” Any blinkered voter would quote this as a clear example of an upright leader. Any honest voter would beg to differ. In November 2018, Yorgen Fenech had been identified by a Reuters investigation as the owner of the Panama registered company 17 Black. The company was identified as dealing in kickbacks and corruption. Almost exactly a year later, Fenech attempted to flee the country as the investigations into the murder of Daphne Caruana Galizia were tightening the noose round his wrists. Fifteen days later on the 30th November 2019, after four sets of questioning, Fenech was charged with complicity to murder. So, in the intervening year, for Abela, consorting with Fenech was all hunky dory. Well they would have to be. He knows that in the intervening time one of his ministers was breaking bread with Fenech on a frequent and regular basis, while another was helping Fenech break marital vows. With Fenech a guest of the Republic of Malta, the ‘relationships’ so condemned by the Prime Minister were simply impossible to maintain. So, yet again, Abela took the route of least resistance and condemned what in effect could not continue. Principle again went down the limbo way.

But it is not simply Abela who has demonstrated himself to be an agile political contortionist. New revelations show that the leader of the Opposition Adrian Delia too was in communication with Fenech in the time-span when Fenech was known to be the owner of a company whose unique selling point was corruption. In the intervening period, roughly the same time that the texts revealed by the Times of Malta were exchanged, two top PN officials, Kristy Debono and Herman Schiavone had been reported to have sought sponsorship for a conference for the party. Many believe that this ‘explanation’ had very distant kinship with truth.  The statement issued by the Leader of the Opposition following the revelation by The Sunday Times does not even attempt to deny that such communications took place. I would say, at this point, that Delia is hardly even interested in dancing political limbo anymore. The statement is a pragmatic political take on the ‘It is what it is’ argument, to use the phrase coined by a fellow journalist in Nebraska in 1949.

We are limboing pretty low. Indeed, at this point perhaps only a size zero model could pass under the proverbial limbo bar. And yet, as an electorate we seem to accept this. We seem inured to the sleaze, criminality and corruption that has blurred the boundaries between politics and corrupt business almost completely. Politics is there to make life better for all. Business is there to make life better for a limited few. Ultimately, while business moves the cogs of the economy and provides jobs, it provides wealth to few. Back in 2002, Joseph Muscat – who was then an activist in the Malta Labour Party, working for its website Maltastar gave an interview in which he was asked whether he would ever go into elected politics. No, he said, because to do that you have got to be a missionary, a thief or just plain mad.

Missionaries and madmen are sadly missing from the scene. What remains?