Yorgen Fenech has filed another case against government declaring that his human rights were infringed since he was not given government pardon. He cited Section 469a of the laws of Malta regarding judicial review of administrative action. This section speaks of the Court’s power to review the validity of administrative acts, even declaring them null if the public authority which had taken the decision had failed to observe the tenets of natural justice in the execution of the administrative decision.

Fenech is alleging that the decision taken by Cabinet in the early hours of Friday infringes his rights as members of the cabinet have a clear conflict of interest. Yorgen Fenech had benn ready to spill the beans on several noteworthy personalities such as Keith Schembri, Konrad Mizzi and Chris Cardona. The cabinet members are close colleagues with these three persons. 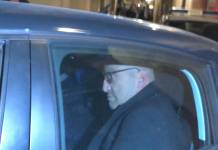 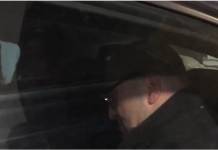 US will not make anti-Covid vaccination mandatory

Cedric Farrugia   December 5, 2020
Covid-19 vaccination will not be mandatory in the United States. US President-elect Joe Biden said coronavirus vaccine will not be forced on Americans when one becomes available in the US.

John Paul Cordina   December 5, 2020
A Maltese charity running a children’s home in Madagascar is appealing for donations as the impact of the Covid-19 pandemic has left it at risk of shutting down.