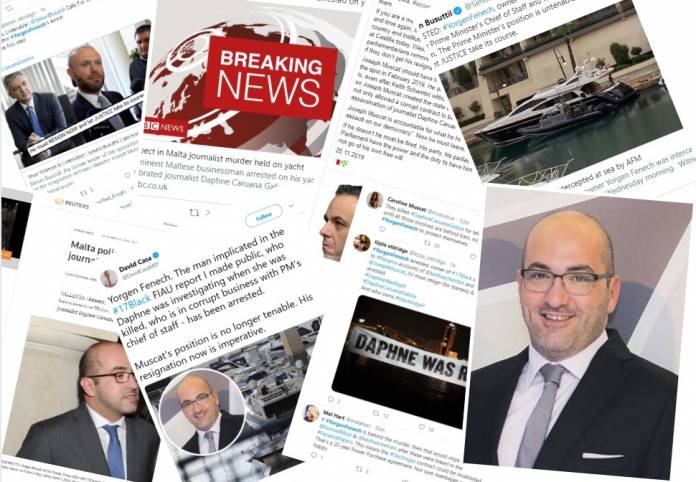 The early morning arrest of tycoon Yorgen Fenech led to a slew of reactions in the social media, both in Malta and abroad.

Rule of law NGO Repubblika called on civil society to meet in front of the Prime Minister’s Office in Castille Square on Wednesday at 6pm. In a statement within hours of the arrest made public, Repubblika said that today’s meeting is to demand that parliamentarians demand the removal of Joseph Muscat from his post as a Prime Minister.

In its statement the NGO said that Muscat should have fired his Chief of Staff Keith Schembri and Minister Konrad Mizzi back in February 2016.

“He protected them instead and still is, even after Keith Schembri withdrew his court case this week. In doing so Joseph Muscat created the state of impunity – the Mafia State – that not only allowed the corrupt contract to be awarded, but led to the assassination of journalist Daphne Caruana Galizia,” Repubblika said.

Lawyer Franco Debono in a Facebook post said that one should prepare themselves for Muscat’s last move, as the contest for the survival of the fittest begins.

“In his desperation, he has not yet realised that he cannot sack anyone. He is responsible for those around him,” Debono wrote.

‘Schembri and Mizzi should be sacked’ – Alternattiva Demokratika

‘Fenech’s arrest opens the floodgates onto other issues,’ the Green Party stated.

Alternattiva Demokratika observed that while addressing the media on Tuesday, the Prime Minister looked deeply worried. ‘It is in against this background that Mizzi and Schembri should be the first two to resign, otherwise they should be fired immediately. More will follow,’ AD concluded.

Partit Demokratiku in its statement said that Schembri and Mizzi sought to do ‘business’ with Fenech through their secret companies in Panama and Dubai, while the government they led negotiated a multi-year multi-million power contract with Fenech.

‘Fenech’s role and dealings must be put under the magnifying glass. Justice must be done,’ PD stated.

Independent candidate Arnold Cassola asked who owns Macbridge in a statement on Wednesday.

‘Are Gasan and Siemens happy to be the partners of a possible killer?’ Arnold Cassola asked. 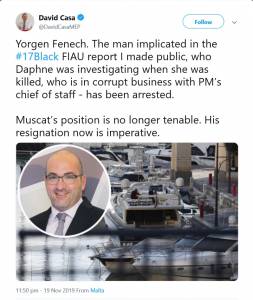 Quaestor and Partit Nazzjonalista MEP David Casa stated that Muscat’s position is no longer tenable. Adding that this is the final nail in his coffin.

Local NGO Moviment Graffiti joined in resignation calls, saying that Mizzi and Schembri should resign immediately and ‘disappear from the political scene’. The NGO said that the arrest of Fenech in connection with Caruana Galizia’s murder further makes the position of Schembri and Mizzi untenable.

‘Why are they so indispensable?’ Moviment Graffiti asked. 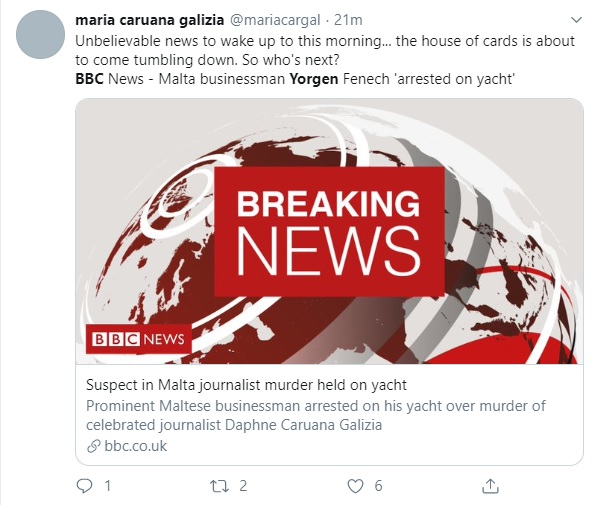 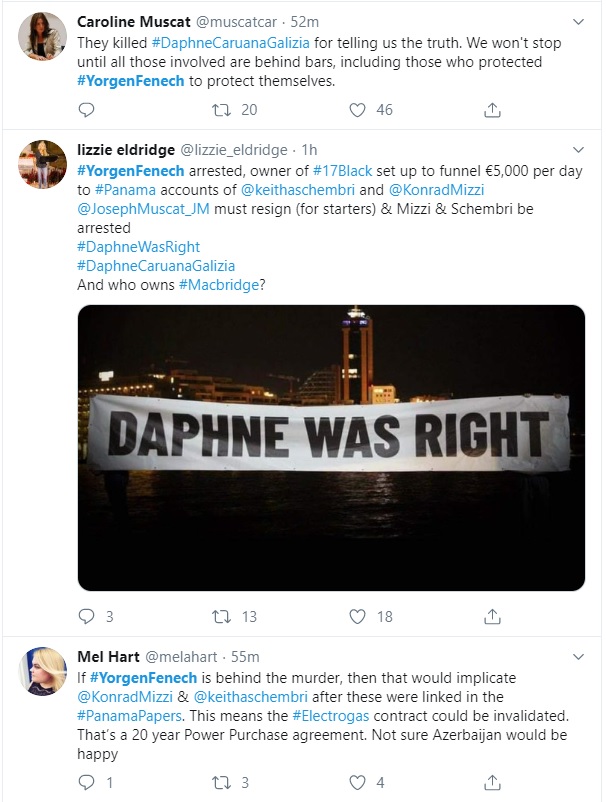 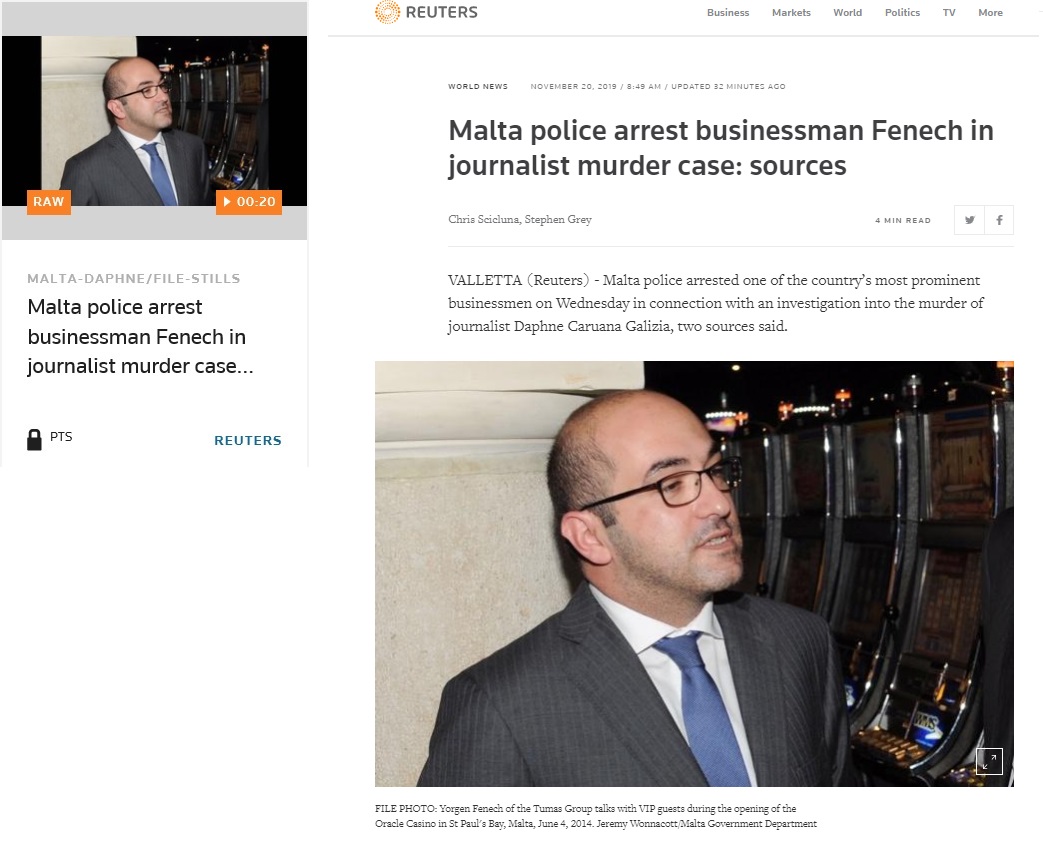 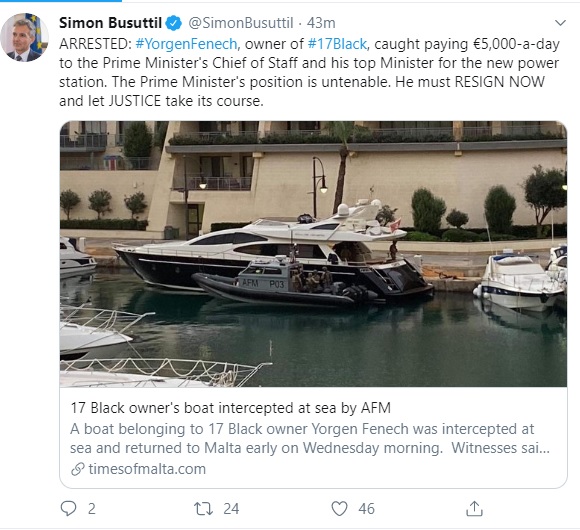