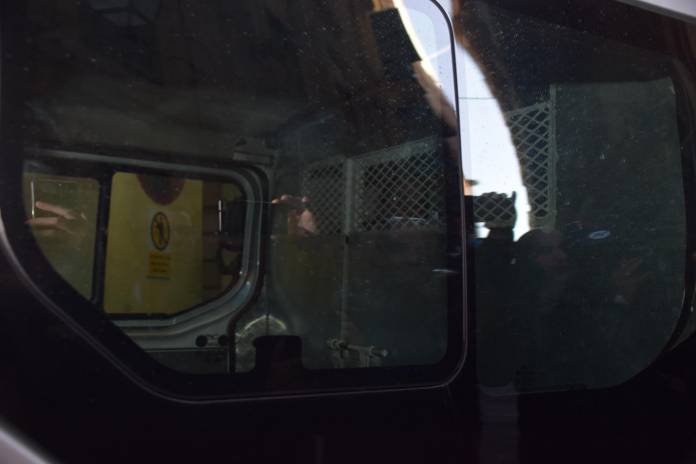 17 Black owner Yorgen Fenech lost a request place before court where he had claimed that his arrest had been illegal. Fenech was requesting that the court decides this based on the fact that effective release under Habeas Corpus had not happened. Fenech is claiming that his arrest is illegal and his lawyers referred to a decision taken by Mr Justice Filletti in the 1980s where he had maintained that release from arrest must be effective. heir client is similar.

The case is being heard in front of Magistrate Audrey Demicoli at noon.

The lawyers of Yorgen Fenech are referring a sentence by Judge Filleti delivered on March 4, 1981. Dr Tonio Borg in the name of Alfred Borg and Joseph Galea had challenged in Court the practice of the police to affect someone for 48 hours, release him and them immediately arrest him again.
The names of Borg and Galea had been casually mentioned by someone in connection with a bomb explosion. The allegation turned out to be false and neither of them was ever arraigned because of the case. Judge Filletti said that release from arrest should be an effective release. Filletti did not go into detail of the description of effective release but he gave some examples. He said that effective release includes has to be for a period long enough to give the person time to go home, meet his lawyer and act freely.

Definition: A writ of habeas corpus is a writ (legal action) that requires a person who has been arrested or imprisoned to be brought to a judge or into court.

1208: In Hall 9, Magistrate Demicoli reads a submission by the AG which the plaintiff’s lawyers say they have not had access to. The plaintiff’s lawyers say that their claim is based on article 409(8). They are claiming that section of the law which says that any person who claims to be arrested has a right to file for Habeas Corpus. The lawyers said that their client has been in and out of questioning for 11 days.

12:13: The AG lawyer says that the section of the law which has been quoted is not applicable. The planitiff’s lawyer said that release should be effective. The AG lawyer replied that the countersuit filed by his office should be heard. Magistrate Demicoli said that Fenech had been released yesterday at 11:00h and arrested today at 09:00h.

12:16: The AG’s office is claiming that this is not a Habeas Corpus suit as Fenech had had effective release. This was immediately challenged by the plantiff’s lawyers stressing that the current arrest is illegal as it had a very short time span. Insp Kurt Zahra objected and denied Plaintiff’s claims that when the lawyers visited their client at the Police HQ to continue with their brief, they were denied access.

12:21: Insp Keith Arnaud takes the witness stand. he exhibited the detention records of the plaintiff. The lawyers for Fenech said that the investigations are moving speedily and that there is ample evidence against Keith Schembri in the form of a contract of work.

1230: Plaintiff’s lawyers say that this is not dignified and that their client is being investigated for a potential life sentence case. The AG lawyers said that a 22h release certainly qualifies as an effective release.

12:35: Plaintiff’s lawyers: our client has been interrogated for 11 days; AG Lawyers: Police bail can be used for up to 3 months. Insp Keith Arnaud and Kurt Zahra said that the plaintiff had never been released just for a few hours. Arnaud explains the iter of the arrests from 20th November at 05:45h, the questionings and the search. Arnaud showed how the plaintiff had been, on occasion released even before the 48h questioning time were up. Arnaud said that the timings may be slightly incorrect but only in minutes. Interrogation, as distinct from questioning, Arnaud clarifies that there was only one which lasted 6h30m.

12:42: Arnaud said that the questioning had been informal since Fenech had spoken under the assumption that he was going to be granted state’s evidence. Plaintiff had claimed he had more to say in each sitting. He said that the first pardon request had been tied to two declarations. Then Melvin Theuma had been given the pardon by government and Fenech gave a further two statements. Arnaud underlined the informality of the questioning and that they were not interrogations.

12:43: Magistrate Demicoli left the hall to deliberate. The lawyers of both parties left too.

12:57: Yorgen Fenech is back in court and there is a general air of expectancy.

13:17: Magistrate Demicoli says that the arrest was legal and the plaintiff’s request on Habeas Corpus was denied as the release was effective.