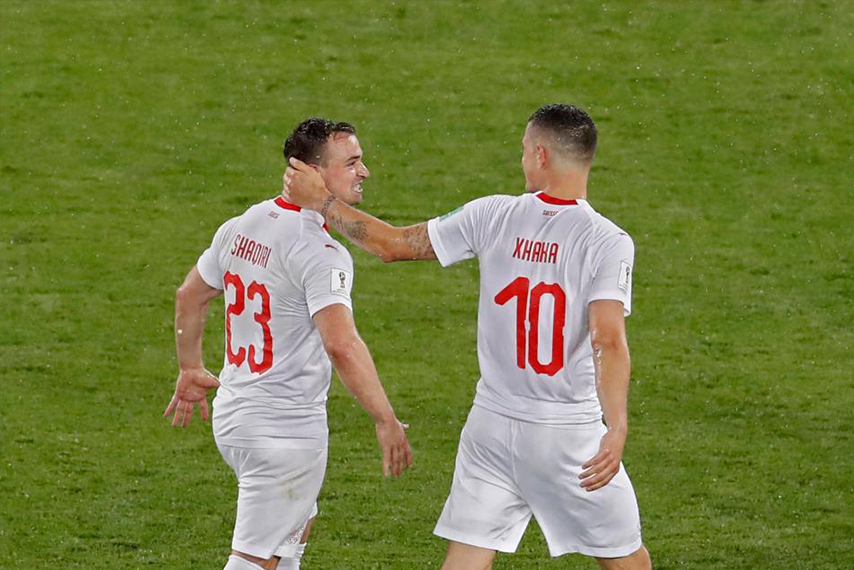 Granit Xhaka and Xherdan Shaqiri played a crucial role in Switerland’s win over Serbia but the players, who both ply their trade in the English Premier League, could face disciplinary actions due to their political goal celebrations.

Xhaka and Shaqiri celebrated their goals by putting their hands together to form a double-headed eagle which represents the one on the Albanian flag. Their gesture could be perceived as a way of instigating tensions between ethnic Albanians and nationalist Serbs in Kosovo. Ten years after Kosovo’s declaration of independence from Serbia, the latter still refuses to accept this political decision.

Xhaka and Shaqiri are both of Kosovan-Albanian heritage; the Arsenal midfielder’s father was imprisoned in the former Yugoslavia after protesting for Kosovan independence while Shaqiri was born in Kosovo before emigrating to Switzerland.