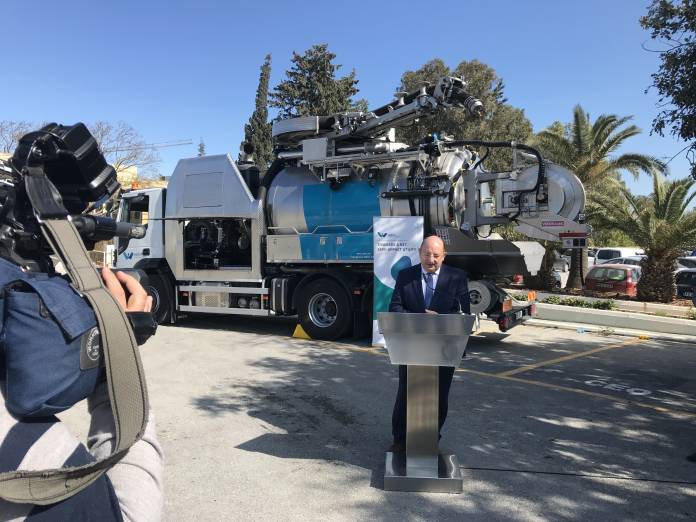 The Water Services Corporation has invested €800,000 in two sewage jetting and suction bowsers, an investment which, it said, “will help ensure that Malta excels in sewage treatment and continues to top EU bathing water quality charts.”

As their name suggests, the specialised vehicles can cover two important functions – sewer jetting and vacuum suction – to help keep sewer systems function properly. Jetting involves the use of a high-pressure water stream to dislodge any obstructions which may have formed in sewers. Additionally, a suction operation can be used to remove sludge which may have settled.

The acquisition of the two bowsers, which were inaugurated by Water Minister Michael Farrugia, is part of an EU-funded WSC project.

The corporation said that it was implementing a number of other projects to improve its sewage treatment potential, and pledged that major upgrades were coming on the enforcement side.

WSC CEO Richard Bilocca thanked the workers who daily dealt with challenging tasks to keep the country’s sewer system working properly. He also urged the public to play its part by making proper use of the sewer system, by making sure that only degradable toilet paper and human waste is flushed down the drain.