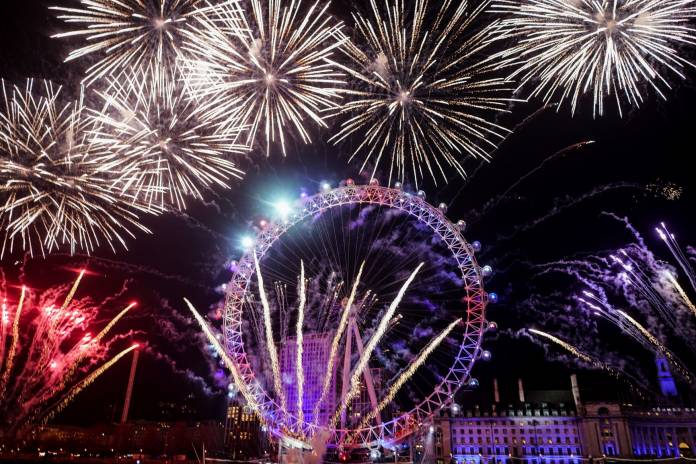 The world celebrated the New Year on Wednesday with fireworks displays from Sydney to London, although celebrations were clouded by deadly wildfires in Australia, protests in Hong Kong and India and nuclear tensions with North Korea.

Large crowds gathered in European capitals for spectacular firework displays that lit up the skies over landmarks like Big Ben in London, the Arc de Triomphe in Paris, the Parthenon in Athens and the Kremlin in Moscow.

Intermittent rain did little to dampen the festivities as hundreds of thousands of people were treated to performances by pop star Post Malone, the Korea-pop band BTS, and singer song writer Alanis Morisette.

In Australia, a million revellers thronged Sydney harbour and nearby districts to watch more than 100,000 fireworks explode above the city, even as thousands of people along the country’s eastern seaboard sought refuge from the bushfires on beaches.

Thousands in Hong Kong welcomed 2020 on neon-lit promenades in the picturesque Victoria Harbour, breaking into pro-democracy chants shortly after the countdown to midnight.

Hong Kong authorities cancelled the main midnight fireworks display for the first time in a decade, citing security concerns. A “Symphony of Lights” took place instead, involving projections on the city’s tallest skyscrapers, while smaller-scale pyrotechnics were launched from waterfront rooftops.

Sydney decided to press ahead with its fireworks despite calls by some members of the public for the display to be cancelled in solidarity with fire-hit areas in New South Wales, of which the city is the capital.

Sydney Mayor Clover Moore said planning had begun 15 months ago and that the event also gave a boost to the economy.

Some towns in eastern Australia cancelled their New Year’s celebrations as naval vessels and military helicopters helped firefighters rescue people fleeing the fires, which have turned swathes of New South Wales into a raging furnace.

The fires have killed at least 11 people since October, two of them overnight into Tuesday, destroyed more than 4 million hectares (10 million acres) and left many towns and rural areas without electricity or mobile coverage.

Elsewhere, celebrations from Auckland, New Zealand, to Pyongyang, the capital of isolated North Korea, welcomed in the New Year with fireworks displays.

Fireworks exploded and confetti rained on revellers after the ball dropped in New York. High school science teachers and students pressed the button that started the ball on its 60-second descent to count down to the New Year in a gesture to highlight efforts to combat climate change.

The ball has changed form several times since it first dropped at One Times Square in 1907 as an iron-and-wood sphere and has now become a global symbol of the New Year.

But amid the celebrations of a New Year and decade, old tensions threatened to flare up. North Korean leader Kim Jong Un said on Wednesday his country would keep developing nuclear programmes and introduce a “new strategic weapon” in the near future, after the United States ignored a year-end deadline to restart denuclearization talks.

In Hong Kong, rocked by months of sometimes violent pro-democracy demonstrations, protesters were urged to wear masks at a New Year rally called “Don’t forget 2019 – Persist in 2020,” according to social media posts.

Some 6,000 police were deployed and Hong Kong’s chief executive, Carrie Lam, appealed for calm and reconciliation in her New Year’s Eve video message and Chinese leader Xi Jinping hoped “harmony” would return to the territory.

The protests began in response to a now-withdrawn bill that would have allowed extraditions to mainland China, where courts are controlled by the Communist Party, and have evolved into a broader pro-democracy movement.

Thousands of Indians ushered in the year by demonstrating against a citizenship law they say will discriminate against Muslims and chip away at India’s secular constitution.

The demonstrations came despite Prime Minister Narendra Modi’s attempts to dampen protests that have run for nearly three weeks.

Irshad Alam, a 25-year-old resident of the Shaheen Bagh area of New Delhi, stood with his 1-year-old child in his arms and his wife by his side. He said he had been participating in the protest every day.

“It’s freezing here,” he said. “But we are still here because we care about this movement.”

More than three years after the UK voted to leave the European Union, British Prime Minister Boris Johnson, fresh from winning a parliamentary majority in last month’s election, promised in his New Year’s message to “get Brexit done before the end of this month.”

“As we say goodbye to 2019, we can also turn the page on the division, rancour and uncertainty which has dominated public life and held us back for far too long,” Johnson added.

Christ the King celebrations to start from St. John’s co-Cathedral

Environmentalist lambasts organisers on use of plastic confetti

Watch: Archbishop echoes Pope’s appeal for politics to be “instrument of peace”