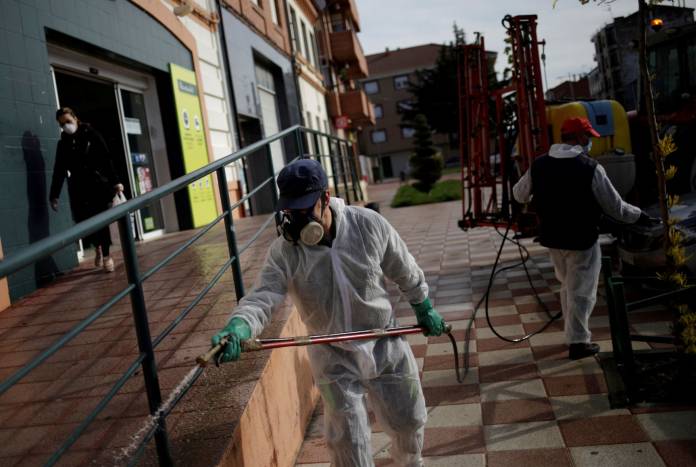 Global leaders joined the World Health Organization (WHO) on Friday to launch an initiative to accelerate work on drugs, tests and vaccines against COVID-19 and to share them around the world.

French President Emmanuel Macron and European Commission President Ursula von der Leyen were among leaders taking part in a videoconference to announce the plan, but the United States stayed away.

“The world needs these tools and needs them fast,” WHO Director-General Tedros Adhanom Ghebreyesus said as the virtual meeting got underway. “We are facing a common threat which we can only defeat with a common approach.”

The WHO said late on Thursday it would announce a “landmark collaboration” on Friday to speed development of safe, effective drugs, tests and vaccines to prevent, diagnose and treat COVID-19, the lung disease caused by the novel coronavirus.

A spokesman for the U.S. mission in Geneva told Reuters before the meeting that the United States would not be involved.

“There will be no U.S. official participation,” he said in an email reply to a query. “We look forward to learning more about this initiative in support of international cooperation to develop a vaccine for COVID-19 as soon as possible.”

U.S. President Donald Trump has lambasted the WHO as being slow to react to the outbreak and being “China-centric”, and announced a suspension of funding to the U.N. agency.

More than 2.7 million people worldwide have been infected with COVID-19 and nearly 190,000 have died since the virus emerged in the central Chinese city of Wuhan late last year, according to a Reuters tally.

To defeat this, we need to mobilise people – Alden