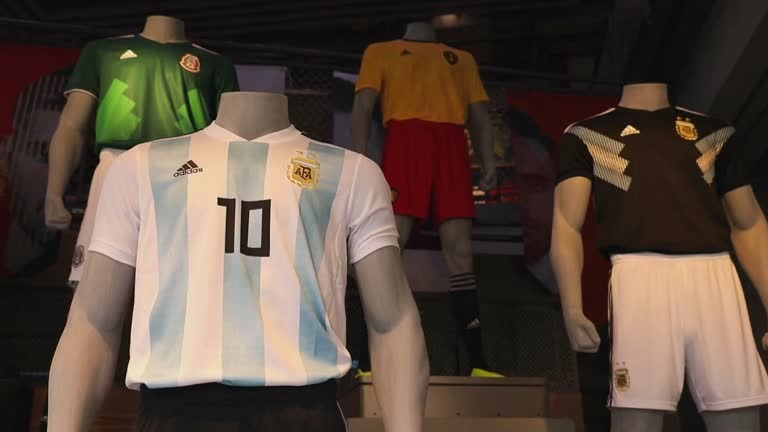 The ongoing 2018 FIFA World Cup is giving a major sales boost to Chinese sporting goods retailers who are cashing in on a nationwide craze for the tournament.

Sports vendors across the country have been receiving a huge influx of customers as football fans snap up gear of their favorite teams and players amid rising excitement of the game.

Among the most sought-after products are football jerseys and shoes of the participating countries as well as replicas of the official match ball.

An Adidas flagship store in downtown Beijing’s Sanlitun area, for example, has registered an over 20 percent sales increase since the tournament started.

“Our sales are booming and have jumped at least 25 percent compared with the 2014 World Cup,” said Duan Meng, manager of Adidas Sanlitun Store.

Replicas of the official match ball “Telstar 18” have been one of the best-sellers at the store.

“Only 865 sets of this limited-edition soccer ball gift box are available worldwide. They have been very popular, and each set, two balls in one box, is 4,999 yuan (755.5 U.S. dollars),” said Duan.

The quadrennial event has provided businesses a great opportunity to profit from the sales binges.

“We are seeing at least a 20-percent growth in sales than summers without the World Cup games,” Duan added.