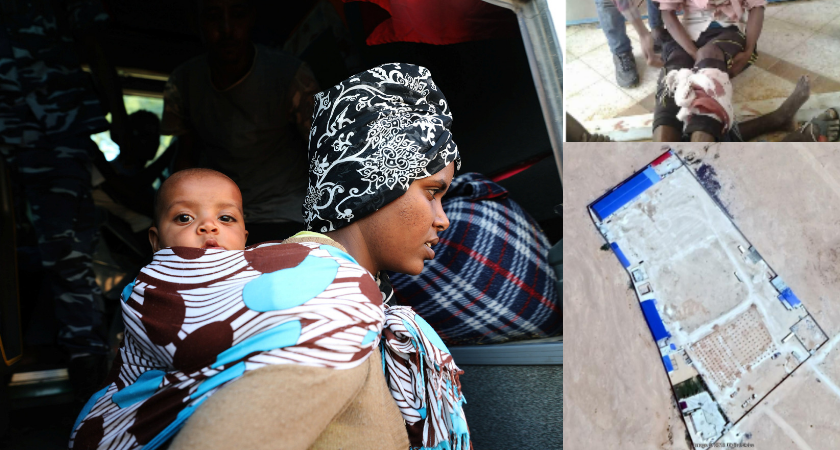 The United Nations Panel of Experts on Libya expressed its concern about the impunity by which criminal networks are systemically violating human rights of migrants. Women are forced to work in brothels; armed groups traffic persons for massive profits and migrants forced to pay large sums of money. The report contains the findings of the Panel of Experts on Libya until 17 July 2018. The Panel visited Libya five times since it was reappointed in August 2017.

Just under three quarters of a million migrants were unaccounted for in Libya according to the most recent report by the UN migration agency, the International Organization for Migration (IOM), with 20,500 migrants and refugees held captive by smugglers in various locations according to United Nations High Commissioner for Refugees (UNHCR).

The report of the Panel of Experts states that the Libyan armed groups have benefited from the trafficking of persons and the smuggling of migrants. The weak law enforcement and large security vacuums, allow such groups to operate with impunity according to the findings in the report. Furthermore the formal economy of the country is undermined.

The money generated from irregular migration and smuggling was fuelling Libya’s instability, as the armed groups compete against each other for the “easy money” that can be made through the protection services offered. According to the report between 800 to 1,000 migrants daily pay €4,272 ($5000) each to enter Libya.

The report described trafficking and smuggling of migrants as very profitable. The networks are organized such that profit is made along the entire smuggling route according to the report. The armed groups further extort money from migrants by demanding passage “taxes” and provide protection services to the smugglers’ convoys against payment. According to the findings of the report these schemes generate revenue for the armed groups as well as presumably for tribal and State actors. The central and southern routes in Libya were in the Panel’s investigations focus.

Women forced to work in brothels

The report states that investigation into networks for trafficking of persons were started following interviews with Nigerian women from Benin City. According to the findings the trafficked women were offered the opportunity of working in Italy, in beauty salons or tailor shops. To the women’s surprise they then find themselves working in brothels. Libya and Italy were the destination countries for the cases related to the Nigerian network that were investigated.

It emerged that the women were sexually exploited in the “connection houses” prior to even reaching the shores of Italy. Any woman who refused to work would be subjected to physical abuse, sequestrations and starving according to the findings of the report.

The women would suffer abuse in Libya and were then also abused when they attempt to cross the Mediterranean Sea. According to the interviews made with the women, the network had leverage over them once in Italy, where they are expected to contact their “mama” or else they would be subjected to threats and intimidation.

Coryse Borg   November 21, 2020
The foundation The Treble Makers chose to help out this year is Fondazzjoni Sebh.