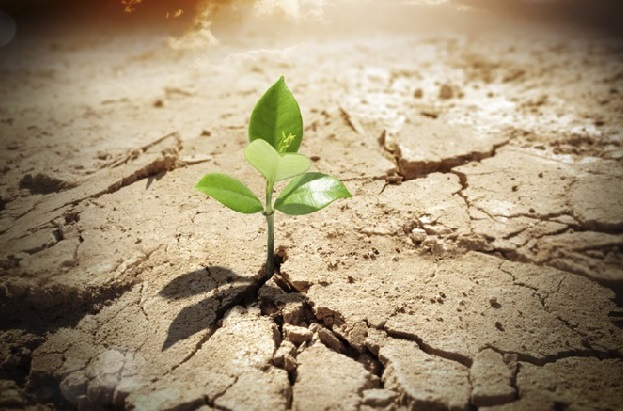 Sandra* is a middle-aged Maltese woman suffering from a mental health condition that caused her a lot of issues during her adult life.

Today her condition is being taken care of with constant therapy sessions. She is employed and she just entered into a relationship with someone that came into her life years ago but during a time when was so confused that a relationship was not possible. Sandra is also involved in arts and drama; she says that these activities help her to stay focused and to battle her insecurities.

“My childhood was pretty hard,” Sandra says, “I suffered from domestic violence and financially I was poor… sometimes we hardly ate! More problems started in my teenage years when I started to suffer from depression that eventually turned into low or high moods. I was scared and I can still remember feeling a rush of adrenaline… my hands shaking, anxiety and my brain felt like it was on fire. I also started to have delusions and paranoia. My mind started playing tricks on me and I was not the same anymore”.

Sandra’s behavioural problems meant that it was difficult to earn a stable income and much more difficult to save money so she ended up without any money for rent.

“After that I ended up rejected by my own family. In reality, I don’t blame them. I ended up stealing from them, lying and on rare occasions also physically aggressive with my siblings.  I still feel shy talking about such episodes even if it was years ago. Today I know that I have a mental health condition that during those times was not being taken care of. I didn’t even know I had it or maybe I was in denial. I cannot actually tell because I have confused memories of that period in my life,” she says.

Sandra left home when she was around 36 years old and she managed to work in a factory and live on her own for three years.

“However, after I couldn’t afford anymore rent, I lived for a couple of months with a man I hardly knew,” she explained. Then I had a psychotic moment at work and ended up without a jobless. It was on that occasion that I decided to get help. My doctor referred me to a psychiatrist and he diagnosed me with Bipolar Disorder. I still remember how much I cried when he suggested that I spend some weeks in the local mental health hospital. Today I can honestly say that the hospital and the medications I was prescribed, which were the most aspects that scared me, in reality, saved me from myself and from the life I was living.”

Sandra started to feel better. Weeks turned into months and she ended up spending almost six months as an in-house patient. Her moods were stabilised and she started to feel ‘alive’ again.

“When my consultant told me I could go home I got scared as I didn’t have any place to go to… my family used to come and visit me for the whole period I was there but they made it clear that I was not welcome to live with them anymore.  My social worker from FSWS told me she would help me to find a place for  me; a shelter she said.  I didn’t even know what she meant. That was the beginning of my journey with YMCA… the journey that made me who I am today,” she asserts.

Can Sandra tell us about a day in the life of a homeless person?

“I can just tell you how it feels to have nowhere to stay apart from a mental health hospital.  The hospital became a place which helped me when needed but it’s definitely not a home. I felt ashamed of myself and scared of the unknown. Most of the time I felt lonely and rejected from my own family and friends,” she explains.

Sandra says that she was already imagining herself sleeping rough in the middle of that particularly hot summer, when she had a visit from someone at YMCA

“I was told together with my social worker from the hospital that I was accepted to stay at ‘Dar Niki Cassar’.  I can never forget that day!” she smiles, “I remember everything; the smell of the Somalian guy cooking for his family, the perfume of the woman I was going to stay in the bedroom with, the TV programme going on and the smile of the staff who filled the required documents. It was a decade ago but it’s still clear in my mind”.

“In reality YMCA is my family”

Sandra says that living in a shelter had a huge impact in her life.

“It’s a roller coaster of emotions. Living with people you don’t know before it’s often not easy.  Living with other people can be also stressful but at the end when I think about it today I can honestly say we were a family especially with a couple of them that I have bonded with.  I still remember our evenings cooking together and talking about our experiences. We cried together for our misfortunes and laughed together on jokes we have shared. I can never thank YMCA enough for this opportunity,” she says.

Sandra spent almost a year residing at Dar Niki Cassar. She says that constant support and help never stopped, not even when she managed to move on with my life and start a new chapter in the apartment she now rents.

“I first felt that my life was over and that I was going nowhere.  With the help of the staff, I felt alive again and I got back my positivity and courage I once had. I have no relationship with my family but, in a way, that makes me feel free. I can do what I want with my life without being judged and criticised, so in reality YMCA is my family.  I still call at times to say hello, visit them during particular occasions or just pop in when I need some help,” she says.

“Always keep trying by surrounding yourself with people who can help”

Sandra adds that YMCA gave her back the ability to trust again, to build herself and her life from scratch: “I discovered new talents and abilities which I never thought I have.  I was not even able to do a phone call because I thought that person at the other end would laugh at me.  It’s funny thinking about it but looking back I realise how much I have changed and grew.  I’m still on medication and will always be and that I have learned it is fine. Yes, once I was ashamed of my story but today I’m proud of what I have become despite my illness”.

YMCA staff eventually helped her to find the first apartment that she moved in when she left the shelter.  By that time, she was working four times a week in a hostel preparing breakfast and taking care of other errands.  One of the staff found another job for her which she still has as a receptionist in a furniture outlet. This provided Sandra with more money to save for rent and for a decent life. Two months ago, she moved to another place closer to the location of my main job.

“So yes life is smiling back to me and I’m really happy decorating and making other plans for my apartment,” she says, “To other individuals in my similar situations, I would say keep going. Sometimes you can’t imagine things will get on the right track or better than you actually wanted, but they will if you don’t give up. Always keep trying by surrounding yourself with people who can help.  It’s just the brain saying that things will never change, but they will. You just have to work at it and believe all will be fine”.

Dar Niki Cassar is a YMCA residential facility for homeless individuals, families, and children experiencing homelessness and rooflessness. You may visit the YMCA Malta website for more information about their services. You may send a blank message on 50619212 for a donation of €11.65.

*not her real name

Argus Group announces winners of its ‘Our Future is You’ initiative

Let the sunshine in