John Paul Woods who stands accused of murder Charlene Farrugia 12 years ago and hiding her body in the Valletta Bastions, wanted to speak to a police officer to confess to the murder in July.

The compilation of evidence before a court presided over by Magistrate Marseanne Farrugia continued on Friday.

The accused was in hospital when he said that he wanted to confess.

Testifying in court on Friday, the police officer who had been on duty at Mater Dei Hospital on the day of the confession told the court that he had called up Police Inspector Jonathan Ransley to inform him.

During Friday’s sitting, psychiatric consultant Maria Bezzina Xuereb also took the witness stand. In her testimony, she told the court that she had given permission, after she was asked to examine Woods before he spoke to the police. Bezzina Xuereb said that although Woods had been worried about his family and had some form of anxiety, the man was capable of giving a statement to the police.

The witness told the court that she had not asked the accused about that which he wanted to tell the police. This emerged during cross-examination by defence lawyer Roberta Bonello Felice. The witness noted that the accused had been undergoing psychiatric treatment at the time. 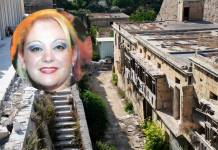 The former partner of the accused also testified. She told the court that after some time in a relationship with the accused, she had discovered that he was using drugs.

Woods had informed her about his past and admitted to using drugs. He also spent some time rehabilitation. The woman left him when he started using drugs again. She said that he continued to pursue her and had threatened her. 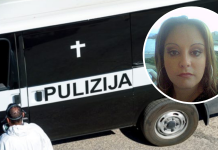 Lawyer Roberta Bonello Felice is appearing for the accused.

Lawyer Mario Mifsud is appearing for the family of the victim.