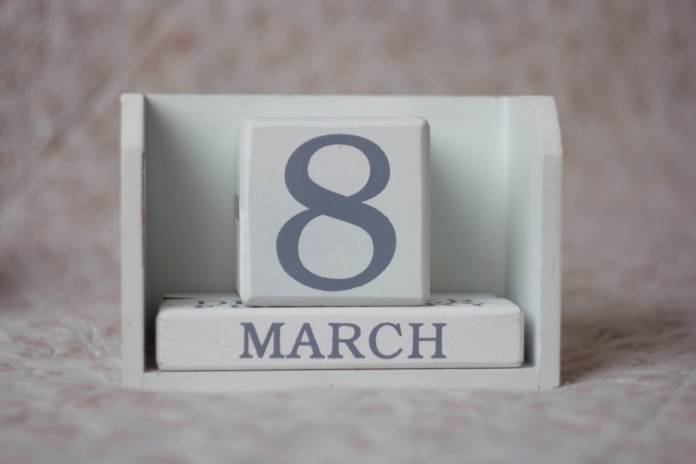 A number of statements are being issued on specific topics such as violence against women, femicide and women in leadership positions, amongst others.

Moviment Graffitti and Women’s Rights Foundation are organising a Women’s Day March on Sunday, 8th March at 3pm at Valletta City gate. It is being held as a protest against inequality, and to celebrate women’s diversity.

The Commission on Gender-Based and Domestic Violence called for civil society to take a stand against misogyny and violence against women and girls in Malta. It also called for politicians to pledge their commitment to stand by women who are victims in a gender-equality struggle.

A statement issued by the National Statistics Office (NSO) detailed that in 2018, there were 4 femicides and 88 females that were victims of sexual violence. Furthermore, 2017 data places Malta in the 14th place out of 28 countries in relation to the gender equality index.

The European Commission (EC) has presented its strategy for equality between women and men in Europe. It presented a number of concrete actions.

The National Council of Women (NCW) also called for the Maltese Government to promote gender equality through various actions.

Furthermore, an exhibition has been set up about the woman in Maltese society. It was inaugurated by Dr Lydia Abela, the Prime Minister’s wife, as well as the Minister for Equality Edward Zammit Lewis. The Parliamentary Secretary for Equality Rosianne Cutajar was also present.

Moviment Graffitti and  Women’s Rights Foundation are organising a Women’s Day March with the support of a number of organiaations. The march will be held on Sunday, 8th March at 3pm at Valletta City gate and is being held as a protest against inequality, and to celebrate women’s diversity.

The theme of the march is “All Different, Same Struggle”. The statement explained that “from rich to poor, migrant, trans, lesbian, bi, differently abled, women’s experiences are different but their struggles remain the same.”

The statement outlined that the rate of femicide has increased over the last couple of years. It added that Maltese laws are also not fully compliant with ensuring that women have full independence and equal treatment at law.

A statement issued by the Commission on Gender-Based and Domestic Violence called for civil society to take a firm stand against misogyny and violence against women and girls in Malta. It also called for all politicians to pledge their constant commitment to stand by all women who are victims, and to work for a just society.

The statement concluded by saying that “stigma, underreporting, misconceptions and poor enforcement of the laws only perpetuate impunity. The violence against women has to stop.”

In 2018, there were 4 female victims of intentional homicide while 88 females were victims of sexual violence as registered by the Police.

This was detailed in a press release issued by the National Statistics Office (NSO).

Eurostat statistics show that women account for less than a third of managers in Malta.

In Malta, 32% of managers are women. This same percentage is seen in Greece, Croatia and Austria. On the other hand, the largest share of women among managerial positions is recorded in Latvia. This is the only Member State where women are a majority (53%) in this occupation.

The European Commission (EC) has presented its strategy for equality between women and men in Europe.

The Gender Equality Strategy 2020-2025 sets out key actions for the next 5 years and commits to ensure that the Commission will include an equality perspective in all EU policy areas.

The strategy outlines a set of key actions including: ending gender-based violence and stereotypes; ensuring equal participation and opportunities in the labour market, including equal pay; and achieving gender-balance in decision-making and politics.

1.    In the EU 33% of women were subjected to physical and/or sexual violence, while 55% were sexually harassed.

Therefore,  the Strategy calls for legal measures to criminalise violence against women. The Commission intends to extend the areas of crime where harmonisation is possible across Europe to specific forms of violence against women, including sexual harassment, abuse of women and female genital mutilation. In addition, the Commission will propose the Digital Services Act to clarify what measures are expected from platforms to address illegal activities online, including online violence targeting women.

2.     Women in the EU earn on average 16% less than men and they still experience barriers to access and remain at the labour market.

To address this, the Commission launched a public consultation on pay transparency and will table binding measures by the end of 2020. It will also redouble efforts to enforce EU standards on work-life balance to enable real choice for women and men to develop equally both personally and professionally.

3.    Women remain underrepresented in leading positions, including EU’s largest companies where only 8% of CEOs are women.

“The Government should promote gender equality”

The National Council of Women (NCW) called for the Government to promote gender equality through various actions. Such actions include encouraging young girls towards studies of the STEM subjects, entrepreneurship, the jobs of the future in Artificial Intelligence and empowerment.

In a statement, the Council added that respect towards each other should be instilled in both girls and boys from a young age, so they will grow up embracing this attitude as a way of life.

Furthermore, it called for women to be present on equal basis at the highest echelons of decision taking. The statement explained that “women need or rather must be in a position to be able to take a well informed and drastic decision in order to move away from a toxic relationship and to be financially independent to be able to do so without being submitted to threats, violence or femicide.”

NCW stated its optimism in the eradication of gender inequality in the shortest time possible.

An exhibition has been set up about the woman in Maltese society. It was inaugurated by Dr Lydia Abela, the Prime Minister’s wife, as well as the Minister for Equality Edward Zammit Lewis. The Parliamentary Secretary for Equality Rosianne Cutajar was also present.

Abela stated that policies alone will not lead to the big changes that need to be undergone. She added that education on the topic at a younger age is key.

Zammit Lewis, on his end, added that there have been improvements in the sector, and that further improvements are incoming. He explained that the next few days will see himself and Cutajar presenting a draft law that guarantees that 40% of parliamentary members will be women following the next general election.  Zammit Lewis then said that in his own Ministry, 55% of leadership positions are taken up by women.

Cutajar said that there are more women than men in the judiciary at this present time. She stated that this is indicative of the advances in gender equality, but that there are still many things left to be done.

Watch: Empowering women across the different areas which impact them