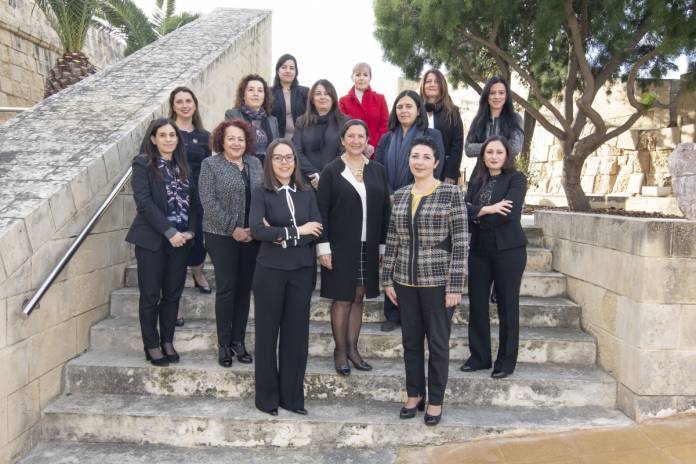 The Central Bank of Malta has made modest – but significant – progress when it comes to gender balance at the top levels of its executive structure, but Governor Mario Vella has stressed that there is considerably more to be done.

In 2008, there were no female members of staff among the 31 employees in the top grades – comprising senior executives, heads and chief officers.

“Small steps forward indeed but not insignificant: a clear sign of progress is shown by the fact that if we take the key role of heads, whereas there was only one female head in 2014, there are now six,” Dr Vella said during a recent speech.

The gender distribution of staff below the senior executive grade is predictably more equitable, with 50.7 per cent of all staff in these grades being women as at 2019, compared to 44.3 per cent in 2008.

At the most senior levels, no female has ever occupied the post of either Deputy Governor or Governor, although two of the four current Board directors are women.

The fact that the President of the European Central Bank – Christine Lagarde – is a woman was described by Dr Vella as being “hugely significant”.

The Central Bank of Malta has a number of family-friendly measures as explained below:

The concept of reduced hours was first introduced in November 1999. Since then, the eligibility criteria have been widened and reduced hours are now available to staff members who have children up to the age of 16, with options to work 25, 30 or 35 hours per week.  Today, the bank has 34 staff members benefiting from reduced hours, including one male.

The bank offers a number of measures for those who have children, including substantial childcare subsidies for children under four years of age, as well as for children with special needs. There are also subsidies to cover the cost of summer school for children up to the age of 12. Working hours are shortened in summer across the bank, while staff are eligible for up to two years of unpaid leave for parenting.

Although it is illegal to pay men and women different amounts for the same work, not all employers comply with this. Figures show that at the bank, no women are paid less than men in any segment over all the age categories. Indeed, when female employees are allowed unpaid child care leave, their salary is adjusted upon their return to the bank, without any loss of increments.

This content was supplied by Central Bank of Malta