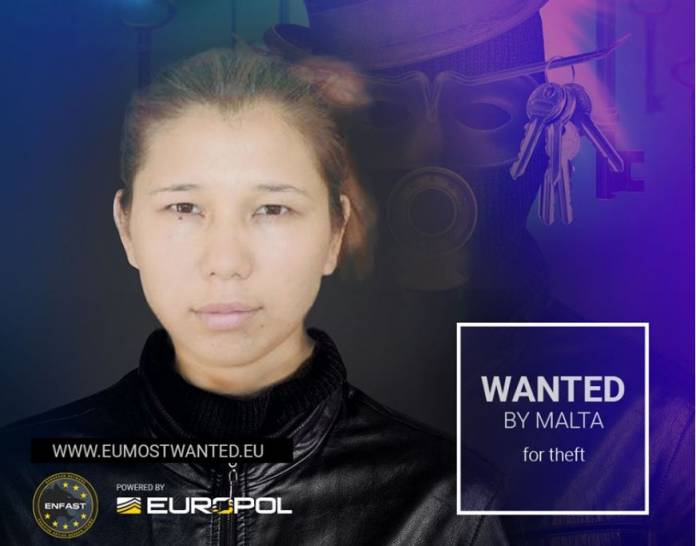 The European Police Agency (EUROPOL), has published a list of Europe’s most wanted criminals, among them is a woman whom Maltese police have been looking for since July 2017.

Adilet Shakirgazieva is part of a group of 5 people who were arrested in 2015 for carrying out a string of jewellery and money thefts and robberies from apartments across Malta in 2014.

By the time of her arrest, Shakirgazieva and four other unnamed male assailants, had carried out no fewer than 28 thefts and 28 apartment thefts in Sliema, St Julians and St Paul’s Bay.

Following her preliminiary hearing, the 31 year old from Kyrgyzstan, was granted bail in May 2017. When asked to appear in court again in the July of that year, the woman failed to appear.

Shakirgazieva is just one of 18 women that have appeared in EUROPOL’s most wanted list. This is part of their campaign entitled ‘Crime Has No Gender.’

Watch: Should the PN have a new beginning or should Delia stay?

Charmaine Attard   July 31, 2020
Andre Grech, a fervent supporter of Delia, will debate with Dr Michael Asciak the person who in the Executive Council moved the vote of no confidence in Delia. Fr Joe Borg will lead the discussion on 103 Malta’s Heart and Newsbook.com.mt on Saturday at 9:00am