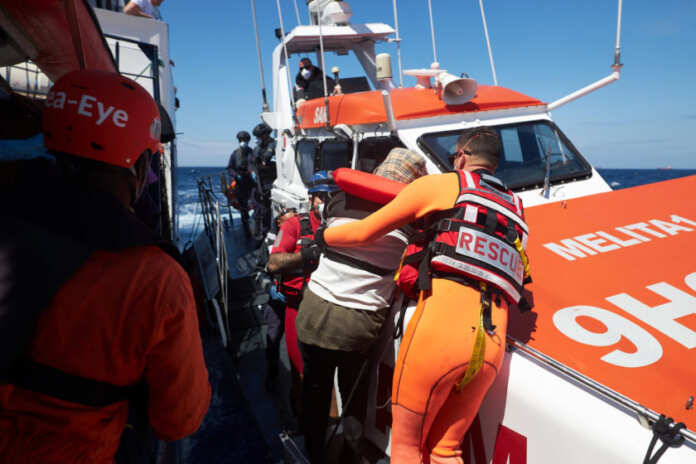 A young woman has been medically evacuated to Malta from the rescue vessel, the ‘Alan Kurdi’ this afternoon.

According to Sea Eye who coordinates the rescue vessel, the woman had been transported to the Maltese mainland after complaining of circulatory problems and dizziness which the crew could not fully diagnose on board.

The medical emergency is understood to have been transmitted to the Maltese authorities who later dispatched a vessel to evacuate the woman.

Commenting on the situation, Alan Kurdi’s Operations Manager Jan Ribbeck said, ‘We have to expect such situations to increase if these people are not allowed to move quickly to a safe place. The political leaders now have to act responsibly.’

According to Sea Eye, Malta has cleared a transport vessel to delivered much needed food and water to those rescued.

It has been almost a week since 64 people were rescued from the Central Mediterranean by the rescue vessel.

Until now, no safe port of disembarkation has been provided for those on board.

The European Commission is said to still be consulting with European Member States on the next moves.