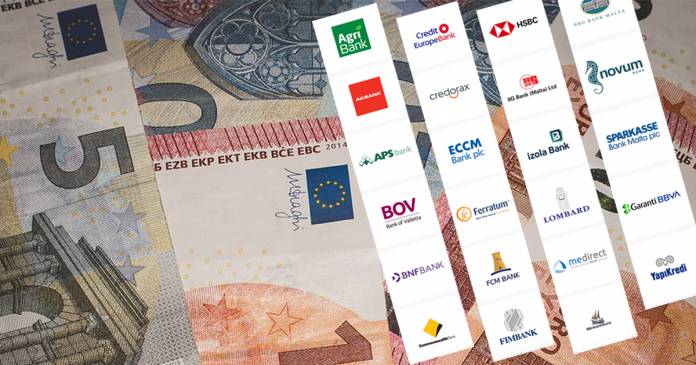 The Malta Bankers’ Association warned that windfall tax might have “devastating” repercussions on the economy and Malta’s financial stability. The association said that it was seriously concerned about calls being made for windfall tax to be levied on the profits of banks, describing the idea as short-sighted.

The association said that it has been meeting regularly and has kept in constant touch with the authorities to provide its support in connection to the developing Covid-19 situation. On Tuesday the government announced a new financial package aimed at addressing the economic crisis brought about by the coronavirus pandemic.

The MBA said that there were advanced discussions with the Malta Development Bank with regard to the guarantee schemes announced by the government as part of its economic relief measures.

Reacting to comments on windfall tax, the MBA said that it was a myth that banks make excessive profit. “Banks are amongst the most stringently, multi-regulated and supervised entities at a local, European and international level,” the association said. “Their very existence and continuity to operate depends on their ability to make and retain certain levels of profits.”

“Bank profits and their financial strength are what enables them to keep lending and supporting economic activities,” the statement reads.

The Malta Bankers’ Association reminded that on their profits the banks have paid “hundreds of millions of euros in direct taxes not to mention tens of millions more in indirect taxes”.

“Thousands of investors also benefit from those profits through the dividends they receive,” MBA said. The association noted that banks as employers provided for the livelihood of thousands of bank employees and their families, “the banks’ contribution to the country’s social and welfare system is significant”.

The Vaccine is our way out of the Pandemic – MHRA