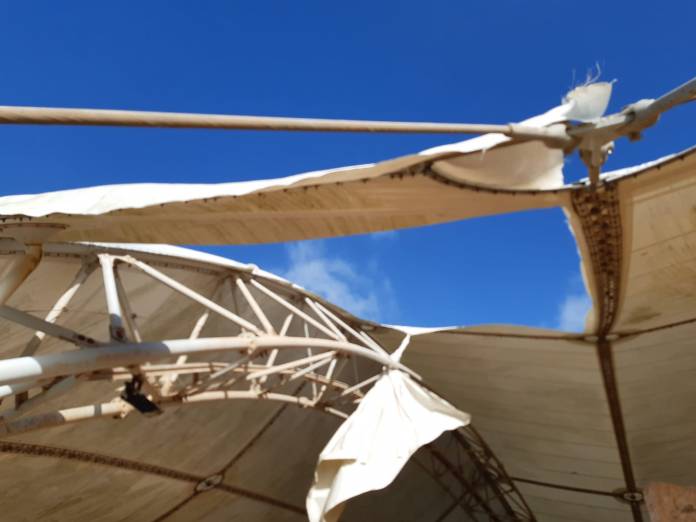 Part of the protective shelter of Ħaġar Qim Temples in Qrendi was ripped apart in the gale-force wind that hit the island on Saturday morning. In a statement Heritage Malta said that access to the temples was closed until it was established that there was no danger for visitors.

Employees from Heritage Malta went on site to ensure that all possible measures were taken to prevent further damages to the textile of the protective shelter.

The agency said that the megalithic structures and the shelter steel structure did not sustain any damages.

During the night between Friday and Saturday, containers housing asylum seekers were toppled over by the gale-force wind.

The weather station at the Malta International Airport issued a strong wind warning which remains in effect until 10pm on Saturday.

Nicole Borg   January 19, 2020
In an article published by the Malta Medical School Gazette, researchers from the Directorate for the Research on Health said that folic acid helps in the reduction of birth defects. They found out that only around one fourth of mothers in Malta take this form of vitamins before getting pregnant.

Nicole Borg   January 20, 2020
Jean Claude Micallef was sworn in as member of parliament this morning. The TV presenter was elected following a casual election held last month in order to replace Helena Dalli in Parliament. This following her appointment as European Commissioner for Equality.