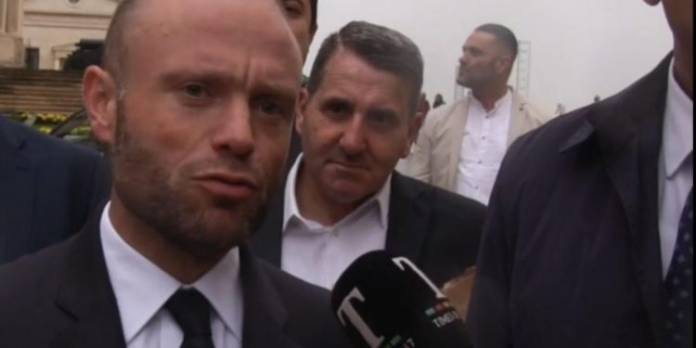 Until yesterday the focus was on Keith Schembri and Konrad Mizzi, whose companies in Panama, Tillgate and Hearneville, according to their accountants, were to receive €2 million from 17 Black, the Dubai based company belonging to Yorgen Fenech. While the questions about Schembri and Mizzi remain very valid, the focus has now been shifted on to Minister Chris Cardona, Deputy Leader of the Partit Laburista.

The police have sent for Cardona because either Melvin Theuma or Yorgen Fenech or both said something about him while they were being interrogated about their knowledge of or possible involvement in the assassination of Daphne Caruana Galizia.

Were you involved in Daphne’s murder? – Police ask Cardona

The very fact that the police sent for Cardona screams volumes. Cardona tried to play down all this. This is resignation material of the first order.

The Economy Minister told Malta Today that the police asked him four questions:

Quite obviously Cardona answered no to the first three question. He also clarified that he did not drop the libel cases against Caruana Galizia. This was a technicality as in effect his failure to turn up to the cases led to their default.

The ball is in whose court?

The political ball is squarely in the Court of the Prime Minister. He has now to decide whether or not to cling on to Cardona with the same tenacity that he is clinging on to Schembri and Mizzi. Will he force Cardona to resign his post in Cabinet and in the Partit Laburista?

But when it comes to the request of Yorgen Fenech for a pardon the situation is much more complex.