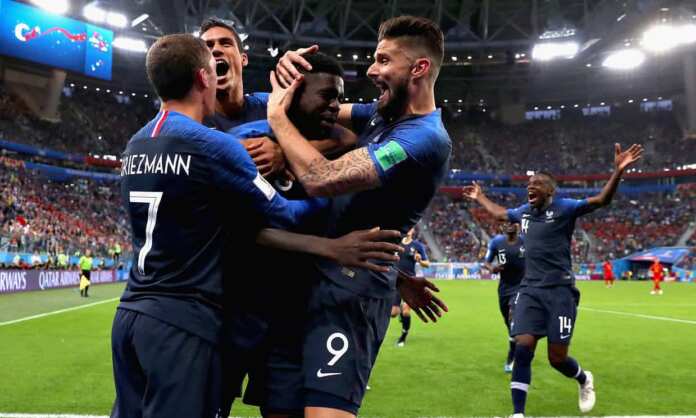 France’s qualification for the final of the 2018 Football World Cup has been welcomed by all, including some priests, who are already preparing their church’s bells in the event of a French win.

It all began with Tweet by Father Pierre Amar, a parish priest in the Diocese of Versailles. “Wanted: 17 persons to ring the bells of my 17 churches together in the early evening of July 15, 2018.”

The idea is original: celebrating a potential French victory to the sound of church bells.

Father Pierre Amar is not even a fervent football supporter, but “it’s the World Cup all the same.”

The idea came to him on the evening after the Blues, as the French squad is known, won their semi-finals match against Belgium to advance to the biggest game in world football.

‘I’m both a Priest and a French citizen’

The idea was quickly taken up by other priests in France. In the Diocese of Le Mans, Father Gaëtan De Bodard is no football fan either, but he sees the World Cup as an event of universal dimensions.

“I like to remind people that I’m both a priest and a citizen,” adds the pastor. “It would be silly to bypass such an outpouring of enthusiasm and communion with the French people.”

“The World Cup is really popular,” he points out. “Even people who don’t regularly follow soccer will be in front of their TV sets on Sunday. I’m going to be a part of this great excitement as best I can.”

Since the start of World Cup 2018, French flags have been flying in the Cathedral of Lille. The workers’ mission of the parish wrote documents specially for the occasion. Everyone is fully ready for Sunday.

Father Raphaël Willot, the cathedral’s dean, is very enthusiastic about the idea of a French victory. “We’ll ring the bells joyfully on Sunday if France wins; it will be a nice event,” he says.

Ringing bells has different uses, Father Willot recalls. “We ring the bells for events that are important for the city or the country, so why not football?” he argues. “On Sunday, we’ll be in symbiosis with the country. But first of all, France needs to win.”