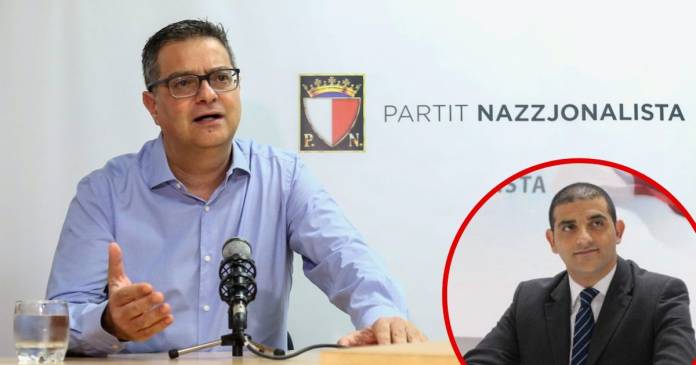 The Nationalist Party leader Adrian Delia has questioned why it is that people close to the Prime Minister are being given how the newly selected Chairperson of the ARMS Limited James Piscopo, will manage this new role and still remain CEO of the Lands Authority.

The Nationalist Party leader Adrian Delia has questioned why it is that people close to the Prime Minister, are being given top jobs in public authorities.

Delia was referring to how James Piscopo, the current CEO of the Lands Authority had also been made the new Chairman of ARMS Ltd.

Dr Delia was speaking on the party affiliated radio station NET FM, in which he said that Piscopo’s selection was a sure sign of the government looking after its people, paying them more money while ignoring the problems facing the rest of the population.

The PN leader also added that Malta needed to join the rest of Europe in calling for a climate change emergency.  He referred to the Mediterranean region being the most impacted and that we could be reaching a point where the damage could be irreversible.

To this end, the PN had put forward a motion and a series of measures which they hope the government will support in order to address this.

Touching on the Egrant inquiry, Delia said he would be contesting the decree from the Ministers for Finance, Tourism and Economy; Professor Edward Scicluna, Konrad Mizzi and Chris Cardona, to revoke a decree in Constitutional Court ordering them to testify on access to the Egrant report.

He said it was wrong that they had access to the report while the Opposition and others have not.

The three ministers were told that they had to appear in court on the 14th October but within days, they filed their decree against the court, thus prolonging the case.

With the two year anniversary of Daphne Caruana Galizia’s murder coming up next week, Delia said that with the amount of time passing, there is less chance of the truth coming out.